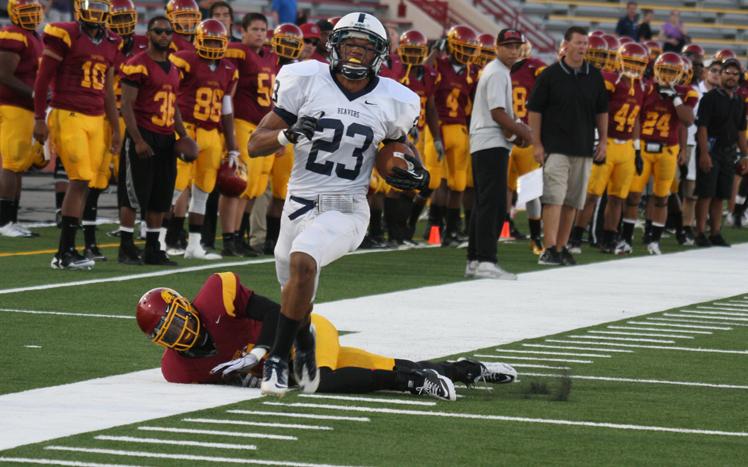 By Ed Gebing and Jessica Maynard

Booker was slated to play for the University of Utah this season, but did not meet the academic requirements, according to the official website of Utah football.

In high school Booker previously had committed to play for Washington State but had his scholarship revoked after being late to take his entrance exam.

He also had a scholarship offer from Fresno State the same year that was pulled after the school notified him that his high school math course did not meet the entrance requirements.

As a result, Booker enrolled himself into ARC and played as a running back for the 2011 and 2012 seasons.

The people involved in the forged transcript were, “Devontae and someone who no longer works for us,” ARC head coach Jerry Haflich said.

Haflich declined to identify the former employee, and Athletic Director Greg Warzecka said that the issue was handled properly by the school.

“All the safeguards and protocols at American River College seem to be functioning well and in this case they did that, and this indiscretion was noticed, people were notified, and the situation was handled appropriately by the deans involved,” Warzecka said.  “It’s unfortunate that Devontae did this, we are greatly disappointed, but it’s time for Devontae to move on and accept the penalties that have been given to him.”

A copy of the transcript has been obtained by The Current.

“Apparently he was missing a math class that Utah required but he didn’t have it,” Haflich said.  “The same thing happened at Washington (State) but this time they tried to take matters in to their own hands by using another transcript to copy.”

The American River College athletics website still has Booker listed as a 2012 transfer student to Utah.

In an interview in April 2012 Haflich said, “A player like Devontae is going to change the perception of American River College football.”

Several attempts to reach Booker for comment via social media were unsuccessful.

On Nov. 26 coach Haflich contacted The Current to dispute the quotes attributed to him in the online version of this story.  When asked to clarify his dispute on Monday Haflich stated that he was “done talking” to The Current about his concerns.