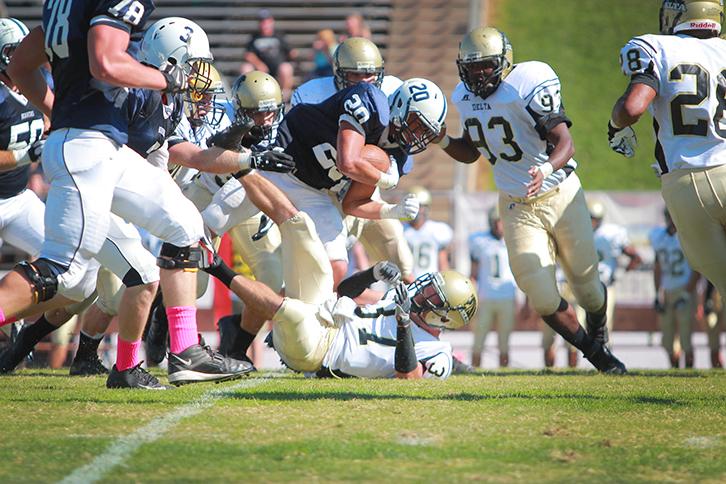 College football has been a growing Industry since back in the 19th century and since 1998 the bowl system became the main focal point in college football. For many years the bowl system has taken plenty of shots from the fans who state that the computers can’t decide or see who are the top teams.

Especially after that misjudged year that Auburn University was the odd one out to USC and Oklahoma after winning every game and taking the SEC championship home.

One of the heavily critiqued problems with the bowl system was that if you lost one game late in the season, it pretty much took away your chance of playing in the BCS national championship game. After years of complaints and discussion, college football finally has a playoff system.

I know what you are thinking and yes we are going to actually crown the real champion. The CFP will include four teams playing in two semifinal bowl games.

The top four teams the selection committee chooses will face off in these bowl games and then the final two will meet up in the CFP championship game.

“I like this system because it crowns a real champion and we also get a couple more weeks of college football,” said ARC student Christian White.

The automatic bid to get to these bowl games includes the major conferences ACC, SEC, Pac-12, Big 10, and Big 12.

This system is setup perfectly for teams that lose one or maybe two games during the season to still have a shot to make it to the playoffs. What will happen to the 29 other bowl games? They’re here to stay and the NCAA is even adding another bowl to the system.

I believe that this is great direction the NCAA is heading in because there will be no excuses from fans or schools complaining from schools saying they were kicked out the picture. This system will be the future and hope to bring true authenticity to college football.