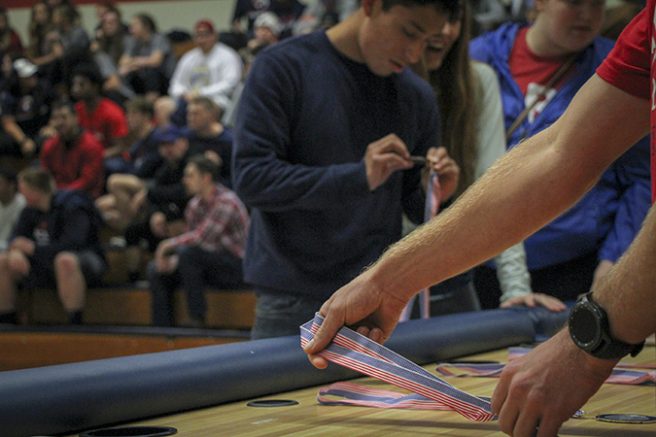 For some, being a student athlete is a difficult thing to do, having to keep that GPA up during the season and to also work around the schedule of the sport. There is a grind to it all and more importantly a risk; having to give up most of a social life, home life, to spend the day training for that sport.

On January 19th, student athletes from the fall semester got together in the gym at American River College to honor them for having a high GPA throughout their semester.

Guest speaker Heather Moody, a former ARC student athlete and a two-time Olympian for the Women’s Water Polo team in 2000 and 2004, spoke about the hardships of being a student athlete, cooperating with coaches and teammates, and also giving advice along with motivation to the young players of different sports. 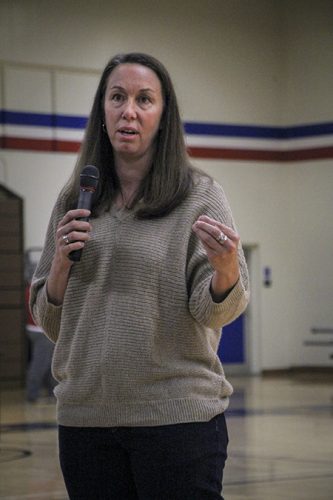 “I think the biggest thing in what we look at and what I kind of focus on when I’m coaching and what I learned through my process of being an athlete,” Moody said. “Transitioning into my coaching role is the overall daily grind of on the field, on the court, in the water, and have the time commitment that you have to do to those sports and to be successful to what you’re doing.”

Football player Matthew Choy also spoke about the difficulties of being a student athlete.

“Honestly, people think it’s a lot harder than it is, but a majority of it is just going to class and doing your work, stay on track and you’re fine,” he said. “Put in the time and effort and I know it’s going to suck but you have weights in the morning, class all day, your free time you have to spend studying, you have to sacrifice the time to do it.”

Women’s water polo head coach Bethani Black recognizes what it takes for her players to get the top grades in school.

Coach Black has been with American River College since 1998. She knows exactly what it takes for her team to get successful in athletics along with the academics. Black has her teams have 4 grade checks each semester.

“Academics have always been priority one, and when athletes have this mindset that are typically great in both areas,” Black said.