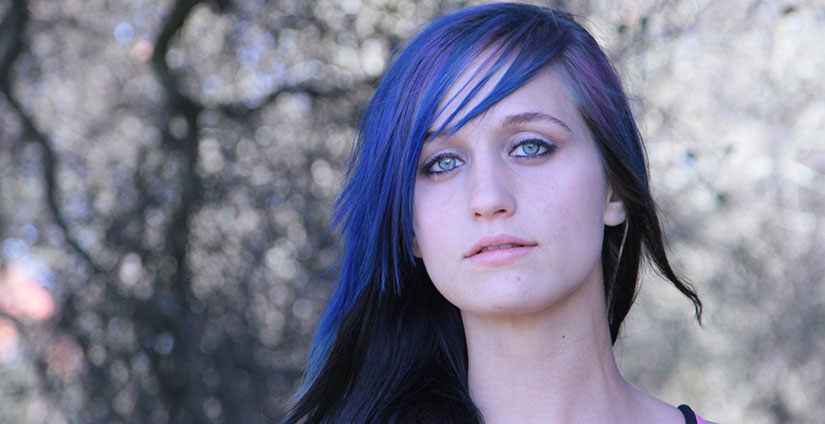 The victim of the recent armed robbery on the Arcade Creek Trail described feeling “terrified for (her) life” while her attackers threatened her with a gun and tales of raping and murdering women in an interview with the Current.

Casey Genzlinger, a 20-year-old English major at American River College, recalled that one of the suspects “said that he’s shot a female and ‘watched her gushy brains fall to the floor.’ They also started talking about raping — about girls getting raped on the trail.”

During a break in her class schedule on Nov. 17, Genzlinger was walking back to campus from her nearby home, as she often does, on the nature trail that forms the eastern border of American River College.

Genzlinger said she has frequently walked the trail in the past.

She was aware of the other major crimes, including two attempted sexual assaults and a strong-arm robbery, that have occurred on the trail in the past year. However, Genzlinger thought she would be safe because she takes precautions, like carrying pepper spray.

Shortly after beginning her walk, Genzlinger was approached by two men, described in the police report as as a black male, 6-foot-2 and 180 pounds, wearing a “black hoodie type sweatshirt,” and a Hispanic male with “severe acne,” 5-foot-8 and 150 pounds, wearing a red or gray hoodie.

The men asked Genzlinger if she had any money, or if she had “tree,” a slang word for marijuana. Genzlinger said no, and tried to walk away. The men then announced themselves as robbers, while one of them pulled a gun from his sweatshirt pocket.

“I should have just tried to run, but they had the gun pointed in my direction,” Genzlinger said.

The suspects took Genzlinger’s bag, which held the pepper spray she hadn’t had time to reach for. After rummaging through it, they stole her cellphone, telling her “We need this.”

Genzlinger said that an unknowing witness, a woman by herself, walked by while she was being robbed.

“(The suspects) told me ‘If you get her involved — if you say anything — we’ll shoot.’ So I kept my mouth shut. I talked to them as if they were my friends, because I didn’t want to risk another girl getting involved. I didn’t want to watch her — I didn’t want her to be in the same situation as I was,” she said.

Once the woman had passed by, the robbery continued. The suspects handed Genzlinger back her bag, minus her cellphone, and allowed her to begin to walk away.

They then began following her again.

“They let me walk away, and started walking the opposite direction — until they started running after me. I’m walking, and two seconds later, they’re right behind me,” she said. “I felt I could be raped and killed.”

Genzlinger walked as fast as she could without actually running, in fear of the gun still pointed at her. The suspects continued to follow behind her.

One of the men loudly spoke of having murdered a woman before. He also spoke of women being raped on the trail.

The suspects ran off just before Genzlinger come in contact with a man walking on the trail. She ran to him, in tears, explaining what had happened. The man, who Genzlinger said witnessed the suspects make their escape by jumping a fence, escorted her to the campus police station, while on the phone with 911.

The case was taken over by the Sacramento County Sheriff’s Department, because, although many students consider the trail to be on the ARC campus, much of it is not actually Los Rios property, so campus police do not have primary jurisdiction over certain areas, including the area where Genzlinger was robbed.

Sheriff’s Department spokesperson Sgt. Lisa Bowman said that the police report “will be forwarded to our robbery detectives to investigate as soon as it is received,” and that until then, she could not provide any updates regarding the investigation.

Genzlinger had trouble sleeping that night.

Friends and family members have offered her rides to class. If she does walk, she now takes the main roads, or catches the bus.

She now wants students to know of the danger posed by the trail.

“Other girls can walk the trail by themselves and say that’s not going to happen, but that was me. It happened to me,” she said.

If you have any information regarding this incident, please contact the Sacramento County Sheriff’s Department at (916) 874-5115.

Campus Pulse: How do you feel about Obama’s plan to make community college free?

Rail riders: Inside the invisible culture of train hopping

Student slapped by petitioner on campus