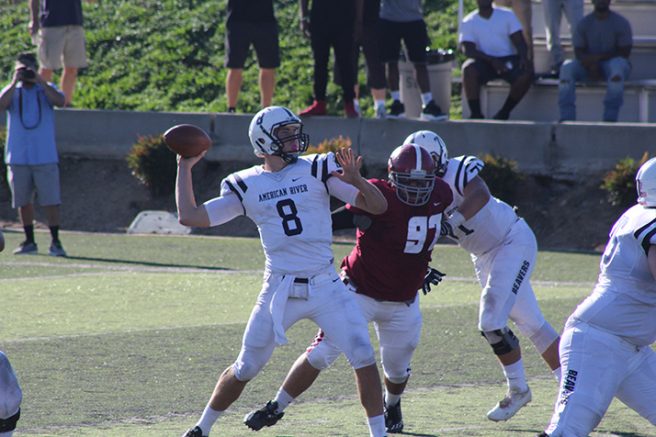 American River College quarterback Griffin Dahn throws a pass during a division game against Sierra College on Nov. 12, 2016 at Sierra. ARC won 44-41 to clinch a spot in this year’s playoff. (Photo by Mack Ervin III)

The American River College Beavers won a close game against division rivals Sierra College after a blocked PAT led the team to a 44-41, with the Beavers offense racking up 574 total yards throughout the game.

Against Butte College last week, the Beavers offense struggled to get their offense going all game with five turnovers ultimately giving Butte a decisive win over the Beavers in double overtime.

Sophomore wide receiver Torian Williams commented on how the Beavers quickly got over the loss.

“We flushed it, most teams would keep that loss in their mind all week but with us being a family we all sat down and talked together to move on and look to improve,” Williams said.

Coach Osterhout talked about how the game did not go the way the Beavers wanted it to go in the beginning of the game.

“We didn’t start very well,” Osterhout said. “We were moving the ball offensively but having some issues defensively so we have to get those cleaned up.”

In the first quarter the Beavers allowed Sierra College to score a touchdown on each of its first three possessions, putting Sierra College in the driver seat with a 21-7 lead going into the second quarter. 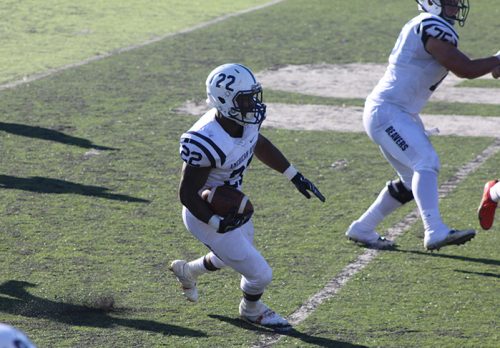 During the second quarter it was more of the same as the Beavers after scoring a touchdown to make the game 13-21, after a missed extra point by kicker Max O’Rourke, Sierra College drove down the field a minute later and scored again giving the 28-20 Wolverines a lead going into the half.

The Beaver defense allowed 28 points in the first half, the most points they have allowed in a half all season.

“Coach just told us if we want to go to the playoffs we gotta play better and play like we are supposed to and that is what we did,” Gray said.

In the very first play of the second half the Beavers fumbled the ball on a botched trick play during the kickoff with Sierra College recovering and scoring a touchdown, putting up by 15 points, the biggest deficit of the game.

The Beavers scored on the next drive scored with a big 47 yard touchdown pass from Griffin Dahn to freshman wide receiver Arthur Jackson, giving the Beavers hope as they headed into the 4th quarter with the Beavers down 35-27. 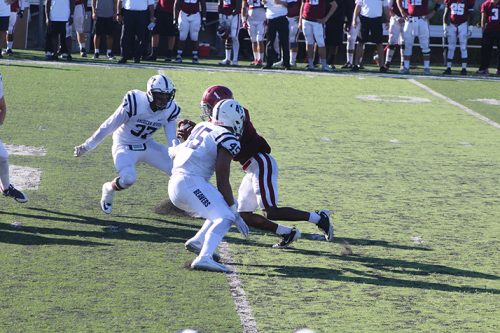 With the Beavers leading, Sierra drove down the field and scored a touchdown with 3:52 remaining in the game, but as the Wolverines looked to tie the game, ARC blocked the ensuing PAT and freshman cornerback Troy Dangerfield ran the extra point back 98 yards giving the Beavers two extra points which ultimately led to the Beavers victory.

With the win the Beavers clinched the number 2 seed in the playoffs, allowing them to host a home against the number 3 seeded Modesto Junior College.

After the game Dahn commented on what the Beavers mentality is as a team going into their home playoff game on Saturday.

“It doesn’t matter who we play because at the end of the day we are playing ourselves, so we are just going to continue to get better and I don’t think anyone can beat us,” Dahn said.

ARC’s playoff game is this Saturday against the 8-2 Modesto Pirates.