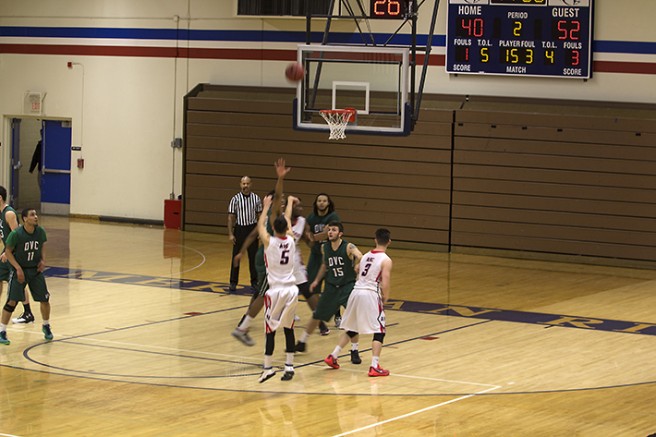 The American River College men’s basketball team is now at six straight losses after Tuesday’s game against Diablo Valley College that ended with a final score of 87-73.

The Beavers started the game a little slow in the first half, but strong offense helped lead a comeback during the second half of the game.

Sophomore guard Marcelas Perry scored 11 of the team’s 33 points in the first half and finished the game with 26 points total.

“Tonight we played terribly,” Perry said. “ We should have worked harder and played for each other and with each other.”

Though the Beavers brought the gap down to as low as two points in the second half,  a lack of defense meant ARC just weren’t able to keep up with the Vikings towards the end.

Head coach Mark Giorgi said that, along with the lack of defense, the team struggled to make-up for inactive players.

“Some guys were ineligible tonight and those types of distractions wear on you,” Giorgi said. “All we can do is come and try and get shots up.” 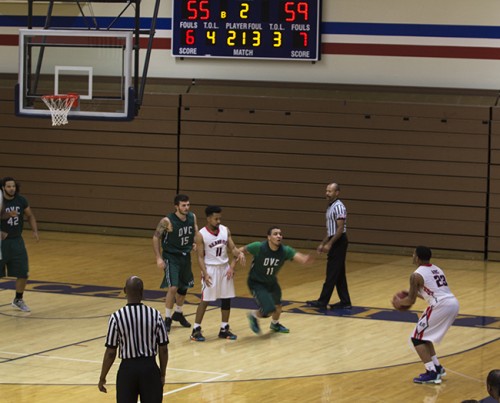 Giorgi also expressed that the season hasn’t turned out how he hoped it would.

“I’m just waiting for the season to be over, it’s been a long year,” Giorgi said. “Just trying to keep a positive attitude the next two and a half weeks.”

“I believe I played as well as I could tonight, but we need to work hard on our defense strategy to improve overall as a team” Lobo said.

Majority of the points scored during the game were on 3-pointers from Lobo and Perry, as well as on points in the paint from freshman guard Francisco Lopez.

“(The team’s) shooting was not as accurate during the game and they need more teamwork to improve on their game,” Lopez said. “I think I did good overall, just got tired toward the end.”

American River College play their penultimate home game of the season on Friday night against the 9-11 San Joaquin Delta.