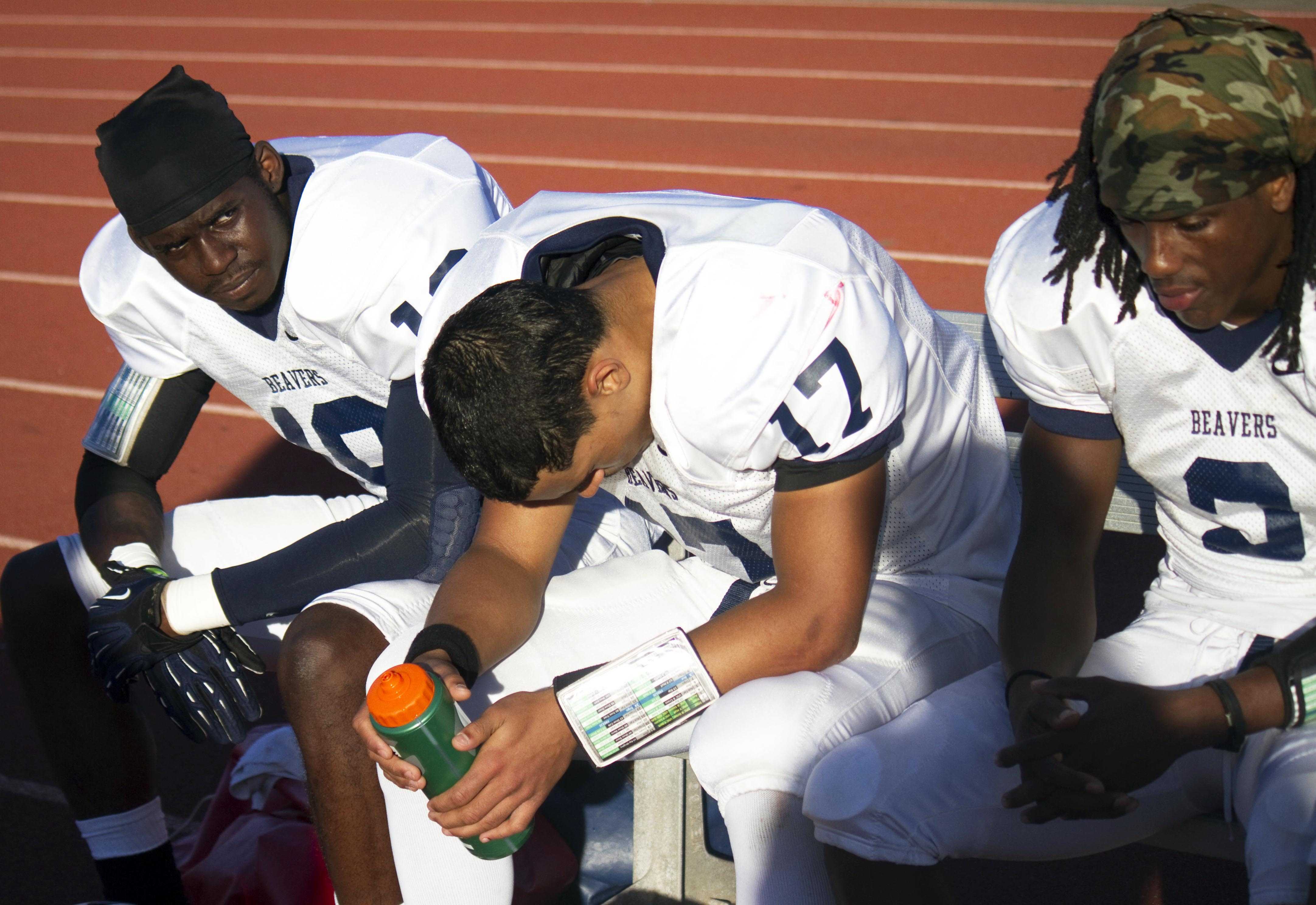 For the fourth time in the last five games, on the biggest stage and against the biggest opponent – it looked like American River College would pull out another stunning comeback victory.

Down 34-17 at the half at City College of San Francisco in the Northern California Community College championship, the Beavers used solid defense, a fantastic performance by freshman quarterback Mike Hicks and a stunning onside kick recover to set up one final play with three seconds remaining in the game.

And as the clock expired, Hicks threw an 11-yard touchdown pass to a leaping Diondre Batson as the ARC sideline erupted in celebration – only to see a flag thrown for holding, negating the touchdown, the comeback and ending the season for the Beavers in a heartbreaking 41-36 loss.

“I consider it a win,” freshman wide receiver Tyler Trosin said. “We had to comeback from 17 down and battled hard, but the guys came together. That should have been a win. He catches the ball there with no time on the clock. I don’t know what the ref was calling there—but that’s a win in my book.”

That was the sentiment all around the stadium after the game that had 28 total penalties thrown against both teams – 18 coming against American River.

“I think we got screwed personally,” sophomore safety Scott Patalano said. “With three seconds remaining, you don’t throw a call. They say it was holding, but with three seconds on the complete opposite side of the field on a jump ball fade. It was a three step drop fade, there is not enough time.”

It can be said that a team should never allow themselves to be put into a position to have the referees dictate the outcome, but it was hard for ARC to swallow, the loss of the play that was so fresh in the minds of the players after the game.

“That call was heartbreaking,” Hicks said.

The freshman from Cordova High finished with 252 yards passing and one passing touchdown to Trosin (124 receiving yards)to set up the onside kick with just  1:45 left in the game. Hicks also rushed for 133 yards and a touchdown while seeming to scramble away from defensive pressure in the back field all game long. Hicks did toss three interceptions and lost one fumble.

“You have to tip your hats off to American River, they played hard and didn’t quit and got a key onside kick,” CCSF head coach George Rush said. “It was a really hard fought junior college game and I thought both teams played really well.”

The Rams will play in the state title game for the third successive season and are looking to repeat as champions.

American River (8-3) finishes the season with a third conference title in as many years, and head coach Jerry Haflich says there is no disappointment to the season because “it’s not a  setback since we had never been here before” in regards to ARC’s first season in the “A” tier of California community college football.

“We can compete with the “A” level and (CCSF) was the best,” sophomore running back Devontae Booker said. “So we came in and fought our (tails) off.”

Booker, a recent verbal commit to the University of Utah, finished with 169 rushing yards and one touchdown – but still couldn’t get over the way the Beavers lost.

“In my book, we really won. It came back to the final play, but things happen and we have to roll with it,” Booker said.

Be the first to comment on "Controversial call ends Beavers season, title hopes"