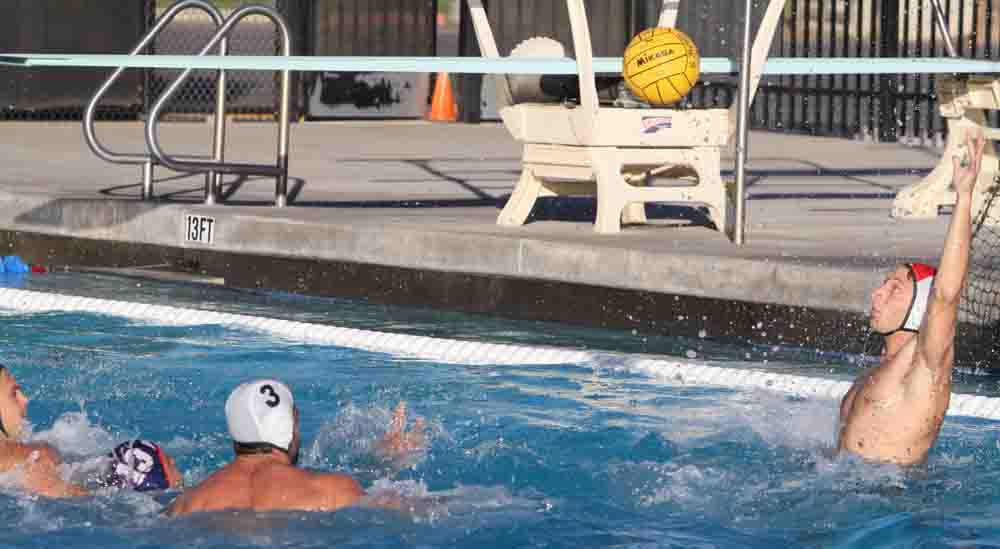 The men’s water polo team faced off against Diablo Valley College Oct. 17. American River College won the opening sprint to the ball giving them the first offensive possession of the game. Although, a quick miss by ARC allowed DVC to score the first goal of the match with 40 seconds into the game. On the following possession Santiago Rodriguez would answer right back with a goal of his own tying the game.

Both teams would go on to score back-to-back goals on each other.  Rodriguez would score again with a lob over the goalie. To end the half there was a deep pass from ARCs goalie Sam Anderson to Rodriguez, he slipped right between two DVC defenders and from there he threw the ball behind himself towards the goal, he caught DVCs defense by surprise, extending ARCs lead 4-2 in the first period.

Starting the third period DVC would score an uncontested goal extending their lead. Rodriguez would later on steal a pass and throw it back to DVCs goalie for another goal. A missed penalty shot by DVC bounced right back to the DVC offense allowing them to pull within one point.

DVC would score immediately in the fourth period making the score 10-6 in DVCs favor. Both teams would exchange scoring series but ARC wasn’t able to make up the deficit. DVC won the match 12-9.

“I thought it was the best game of the year, we finally figured out how to do stuff on offense, like we don’t have to attack every offense possession, we can dump the ball and use the clock,” men’s water polo head coach Eric Black said.

The men’s water polo’s next home match is a double header on Oct. 24 versus division rival Santa Rosa Junior College at 5 p.m.

Cutting coupons could help you save money

Seasonal drinks: Which ones are worth the calories and cash?