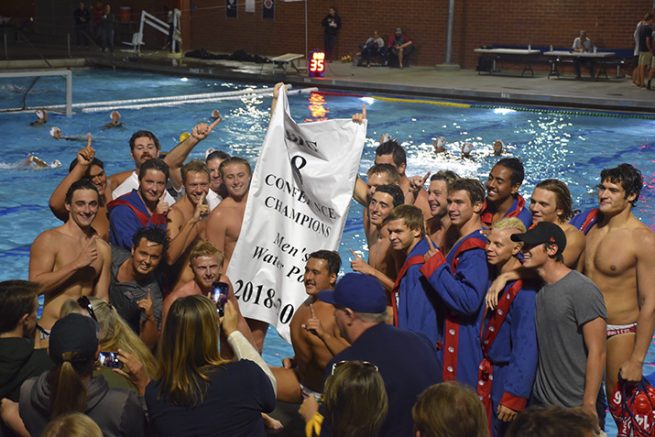 The American River College men’s water polo team won the Big 8 Conference tournament for the first time in the team’s history, going undefeated in conference play and closing out a successful season for 2018.

“I think [we were] one of the only Northern California teams besides DVC to beat West Valley in history,” Ford said. “I think [we are] the first team in a long time that has [an] above 500 record, so meaning winning more than half of games, we did even more than that, I think.”

Head Coach Eric Black said he is proud of the work of the team because even if they did not win the NorCal championship, they had many victories during this season.

“This has been the most successful season from a win-loss standpoint. The first time that the college has ever won a Big 8 conference championship,” Black said. “We went to NorCal to win NorCal, and unfortunately we didn’t win that game, but that does not put a blemish on the type of year that we had.”

Josh Thiel, freshman goalie for the team, said that the experience in Big 8 still feels “amazing” and that he kept pushing himself thought the hard training, sometimes on days that started at 6 a.m., thanks to his teammates.

“I was almost about to quit the team,” Thiel said. “Josh here and some other people like inspired me to keep pushing.”

Ford said that Thiel’s work on the season helped the team’s victories and that he got better every time. Both players spoke about the sense of brotherhood that this team had during the season, which helped them overcome the hard work required, sometimes 20 to 30 hours a week of training, Ford said. 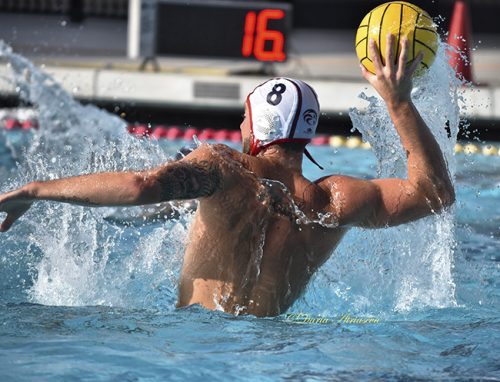 Josh ford, number 8 and team captain, makes a pass at the Big 8 tournament in Stockton against Diablo Valley College on Sept 29, 2018. (Photo courtesy of Daria Atraseva)

“I think every once in a blue moon you get a team like this that everyone’s on the same page and kind of unified and willing to work and reach that goal,” Ford said. “I’ve never been on such a closely unified team.”

ARC missed the opportunity to get to the NorCal title match after losing 18-15 to Merced on Nov. 10, placing them in fourth place, which according to Black, was the hardest game to play knowing they had the talent to get to the championship final.

“The hardest game to play in any sport is the third-place game, when you went there to play in the first-place game,” Black said. “We had a fourth quarter collapse on defense. They played really well in the fourth quarter. We did not play very well defensively and that was the difference of that game.”

Thiel said that getting more sleep would have helped them win that last game and Ford that they “kind of let off the gas pedal a little bit too early” and that this team easily could’ve won in NorCal championship, but that it was a learning experience in the need to go all the way to the end.

“It really was a year that anybody could have won NorCal,” Black said. “It happened to be West Valley, the only team that they lost to in the North was us, so we felt like we had a pretty good shot at winning that tournament.”

Although the NorCal tournament didn’t go the Beavers’ way, ARC still won the Big 8 conference by going undefeated (7-0) in league play with at least two meaningful wins against their continued rivals the Sierra College. One of which Black called “satisfying,” beating Sierra 10-6 in their last meeting of the season.

Ford described the experience of winning against Sierra College as very emotional because it is their rival from Sacramento and gets very competitive.

“Taking [Sierra College] down in their pool and our pool is a pretty rare feat and I would say the team was pretty euphoric,” Ford said. “Collectively we’re all pretty happy about that.”

Black said that winning the Big 8 conference carries a lot of meaning locally as far as recruitment and bragging rights is concerned, because the intensity of conference games is amplified.

“Those [conference] games are magnified. Our two loses to them [Sierra]— one at a tournament, and one at NorCal’s— really on the Richter scale it’s not quite as as moving as the wins in conference,” Black said. “Conference games just take on a completely different intensity. A lot of that has to do because you’re talking about bragging rights in the area.”

Black said that although now the team will be in the offseason for spring, the work does not end. The water polo team will be on the swim team and training classes while Black takes advantage of the victories of this semester for recruitment for Fall 2019 team.