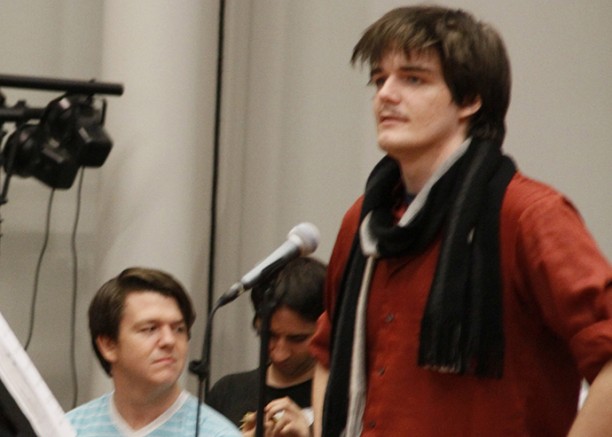 Christian Brian Hirtzel, a former American River College theater student, was arrested Jan. 22 on on 18 counts of six different felonies stemming from sextortion allegations made in November 2014. Two accusers told their stories in separate interviews with the Current.

In accordance with the Associated Press guidelines, the Current does not publish the names of sex crime accusers or victims.

Accuser A said that an anonymous person had emailed her, posted photos of her in lingerie online and demanded more.

After deleting her email and social media accounts, she said she was ready to move on.

A friend had told her shortly afterward that she knew someone who had gone through a similar situation and that Hirtzel was the one who had harassed her.

At the time, Hirtzel was dating her lifelong friend who she described as her “sister” and said that she refused to believe that he would do something like that.

“When I was told about the girl who it happened to, I said ‘No it wasn’t him, he knows me, he wouldn’t do that to me,’” she said.

Months later, after Hirtzel had starred in ‘Young Frankenstein,’ her sister had said that she had been hacked in the same way and mentioned Hirtzel’s name.

After hearing Hirtzel’s name mentioned in three separate situations, she said that “all the red lights went off” and she got in contact with the other girls she’d heard of and ended up concluding that it was definitely Hirtzel behind all of it.

She said that by the end, she had heard of at least nine girls at ARC who Hirtzel had attempted to extort.

She and her sister then contacted the Sacramento Sheriff’s County Department and two deputies were sent out to her home.

She said that when they explained the situation the deputies said it was their “fault for taking the pictures.” She couldn’t remember the names of the deputies.

“I was so flabbergasted that they would say that to us,” she said. “Here I was trying to protect her and deputies came into my house and revictimized her right in front of me.”

Tony Turnbull, public information officer for the Sheriff’s Department, did not return multiple calls as of press time.

She then went to the Los Rios Police Department and it immediately started an investigation.

Now that Hirtzel has been arrested, she said that she felt relieved.

Accuser B said that when it was happening, she didn’t know that it was him behind it.

“It just started with anonymous emails and messages through text or skype,” she said. “We were friends throughout high school off and on and briefly dated. When it was happening, I didn’t think it could be him behind it all.”

She said Hirtzel would say he had pictures and videos of her and threaten to send them to her parents, school officials or post them online if she didn’t do what he said and if the messages were ignored, the threats just increased.

She said that she still doesn’t think that that Hirtzel is a bad person.

“(He’s) just someone who made some bad decisions,” she said. “I have fully forgiven him for what he did and will be attempting to keep the friendship after all of the court affairs are dealt with.”

She said that she knows of 15 girls who gave statements to police, but that he could only be charged on nine accounts.

She also said that there were many other girls who he targeted, but several of them didn’t want to talk to the police.

Hirtzel is being held at the Sacramento County Main Jail on a $100,000 bail and is expected to appear in court on April 12.

Be the first to comment on "Update: Two sextortion accusers speak"