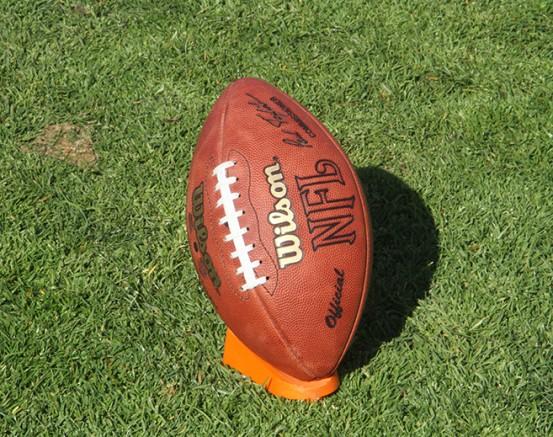 American River College students and staff give their thoughts on this year's Super Bowl. (Photo by Joe Padilla)

With Super Bowl 50 near, football fans at American River College are expressing their excitement, hopes and predictions for this year’s game.

Both the Denver Broncos and Carolina Panthers have shown their ability to manage the ball, maintain their momentum and set the tone for each game played throughout the season.

ARC Football head coach Jon Osterhout said that it’s not a matter of which team is better because both teams are deserving and they both play a good game.

“Both teams are well coached,” Osterhout said. “The Panthers have Cam Newton, one of the most explosive offensive players, and Denver has Peyton Manning who has a great football IQ.”

“Whoever can gain and keep momentum and manage the football with no turnovers will win the game,” Osterhout said. The winner will be “whichever team keeps their poise throughout the game.”

Osterhout also said that he is a fan of both teams, but is leaning more toward Denver. “I have more of a connection with Denver.”

With Broncos offensive line coach Clancy Barone and quarterback coach Greg Knapp being his alumni from Sacramento State and having recruited linebacker Todd Davis to Sacramento State, there’s some personal excitement if they were to take home the win.

One student, Nathan Eurie-Turner, said that this is an exciting matchup and that he’s excited and eager to watch.

“It’s pretty dope and a close matchup, but the Panthers should take this one,” Turner said.

Another student, Vanessa Darling, a Bay Area native and Oakland Raiders fan, said that although her favorite team isn’t playing, she’s rooting for the Panthers.

Darling is also excited for the halftime commercials and likes that the game is being held at the Levi’s Stadium.

“Traffic’s going to be horrible, but it’s great that the game is close to home,” Darling said.

The Super Bowl hasn’t been held in Northern California since 1985 when Super Bowl 19 was at Stanford Stadium, where the San Francisco 49ers defeated the Miami Dolphins 38-16.

Be the first to comment on "ARC awaits Super Bowl 50"