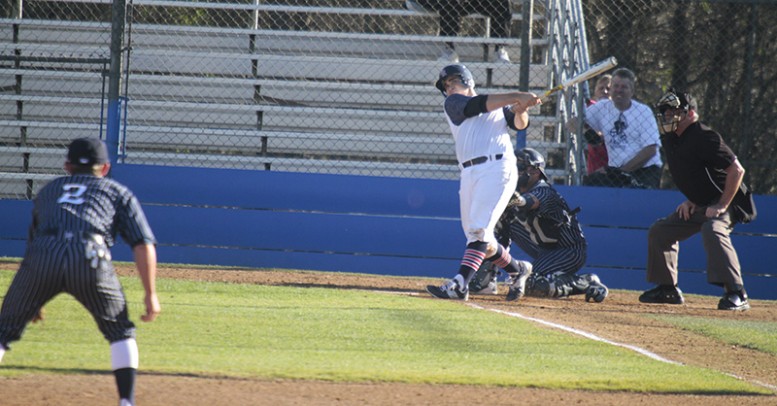 By Matthew Peirson and Matthew Nobert

American River College’s baseball team will look to take the next step and reach the playoffs this season after falling just short in 2015, as the team starts the new season with an opening day matchup against West Valley College.

ARC also squared off with West Valley in two games to start last season, in which West Valley was victorious on opening day with a 9-5 victory as well as two days later by a final of 19-11.

Dillon Bowers, who went to high school in Dripping Springs, Texas and a sophomore who transferred to ARC, is scheduled to get the opening day start against West Valley.

Many players are ready to get the season underway and believe the team can take the next step with the core group on the roster.

“I think we have a really good team and a chance to do some special things this semester,” said freshman right fielder Cade Parker.

Sophomore catcher Matt Elliot said he believes the team can “win (the Big 8) conference” and that the team has been “doing really well and looks pretty solid.”

Robert Contreras, sophomore second baseman and outfielder, is a new player for ARC and expressed enthusiasm for the upcoming season.

“Just being around the program made me really excited,” Contreras said.

Contreras played his freshman season at Solano College in 2014 before transferring to ARC and redshirting during the 2015 season, making 2016 his official sophomore season.

Although Contreras didn’t play last season, he believes the team in 2016 has improved over 2015 despite the change in the way the team plays and loss of so many key players due to transfers to four-year schools.

“I think we’re a better team in different ways,” Contreras said. “This team is more singles, steal bases, great defense. This is the best defensive team I’ve ever been on.”

Parker agreed with Contreras’s assessment, but believes the team will be fine so long as the bats keep up.

“Right now we’re a more speed-generated team and defense, so we need to get our bats up to speed,” Parker said.

Despite losing several sophomores from last year’s roster, ARC still has 10 on its roster for this season.

For Parker, he said the team’s goals are simply “win as many games as possible and win the Big 8 (Conference).”

Be the first to comment on "ARC baseball ready for opening day, upcoming season"