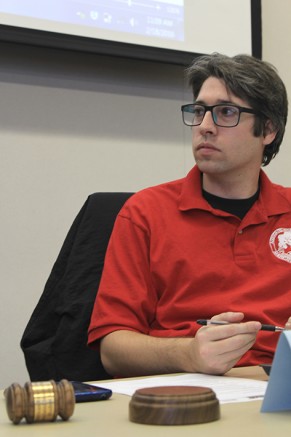 A shooting took place on the campus of Sacramento City College during the fall 2015 semester—the first-ever shooting on a Los Rios Community College Campus—which along with many other recent violent incidents on campuses across the nation have raised concerns of safety on college campuses.

The senate recommended that safety become a separate shared campus committee and also suggested that the campus chief of police chair the safety committee.

Currently, the Building Grounds and Safety Committee (BGSC) meets for only one hour each month.

The Student Senate for California Community Colleges (SSCCC) will not be organizing a March in March event this year, though it is possible an event could be planned in April.

The two issues surrounding the cancellation were availability and funding, according to March in March taskforce chair Gerson Liahut-Sanchez.

The SSCCC doesn’t have enough money to hold the event in March, though Liahut-Sanchez feels that by April there will be more funding.

“I myself do not want to cancel March in March,” said Liahut-Sanchez in a phone interview. “But we were planning a different kind of event.”

Both senate and the Clubs and Events Board (CAEB) has passed several bills in the last two weeks.

CAEB passed a bill giving $200 to Medieval Battle Club for general supplies for its activities.

Another bill was passed giving $150 to Phi Theta Kappa Honor Society for its first annual fundraiser banquet, which will be held at the Timber Creek Ballroom in Roseville on March 12.

Senate also called the special meeting on Feb. 5 because they were unable to pass the bill during previous meetings.

During the meeting, senate passed a bill to pay $1,241 to Aramark for catering the 2015 Fall Leadership Summit.

The inability to get the bill passed had left the invoice unpaid for six months, according to Director of Finance Jeremy Diefenbacher.

CAEB approved the final budget of $11,700 today. The budget allocates funds to events such as Club Day, elections, and week and the end-of-the-year celebrations.

Senate President David Hylton II announced he will be seeking re-election this semester.

Be the first to comment on "ASB Notebook: Campus safety, March in March cancellation big topics at recent board meetings"