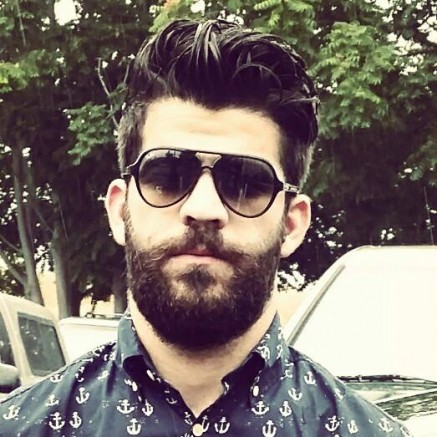 The American River College student arrested Thursday on terrorism-related charges was denied bail at his first court hearing in Sacramento on Friday.

Aws Mohammed Younis Al-Jayab, 23, who attended ARC as recently as fall 2015, faces up to eight years in prison for lying to federal investigators about his ties to terror groups in Syria.

As of Saturday, ARC had made no plans to seek disciplinary action against Al-Jayab, as there is no district policy that dictates any particular action or actions in the case of a student who is arrested and not yet tried or convicted, according to ARC public information officer Scott Crow.

According to court documents that were anonymously posted online, Al-Jayab was arrested for providing materially false, fictitious and fraudulent statements and representations in a matter within the jurisdiction of an agency of the United States, an offense involving international terrorism. 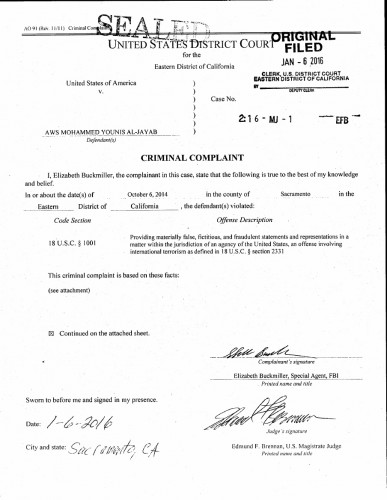 According to the FBI affidavit, Al-Jayad was arrested for providing false information in an interview with federal officials that led to suspicion of terrorist activity. (Screencapture from scribid.com)

Al-Jayab was born in Iraq and emigrated from Syria to the United States in 2012, where records establish him as a resident from October 2012 to November 2013 and again from January 2014 to present, according to an FBI affidavit. He currently maintains refugee status.

Al-Jayab visited Turkey from 2013 to 2014 and, in an interview with federal officials, claimed that his purpose for the trip was to see his grandmother and visit. The interview occurred on October 6, 2014.

In social media communications, Al-Jayab expressed to family members and associates that Turkey was a transit point, and his real destination was Syria to do “work.”

“I want to go back. God is my witness,” Al-Jayab said in communications with an individual whose identity has not been released. “I’ll go back to Turkey and enter smuggled to Syria.”

In conversation with another individual, who was believed to be residing in Syria at the time, Al-Jayab said, “I’ll go the American Embassy in Turkey. … I’ll tell him my grandmother is sick in Turkey and I wanted to be with her.”

In a statement released by the United States Department of Justice, U.S. Attorney Benjamin B. Wagner of the Eastern District of California confirmed that Al-Jayab traveled to Syria to fight, however, there was no indication of a planned attack on the United States.

“According to the allegations in the complaint, the defendant traveled to Syria to take up arms with terrorist organizations and concealed that conduct from immigration authorities,” Wagner said. “While he represented a potential safety threat, there is no indication that he planned any acts of terrorism in this country.”

Al-Jayab’s attorney, Ben Galloway of the public defender’s office, did not immediately return requests for comment.