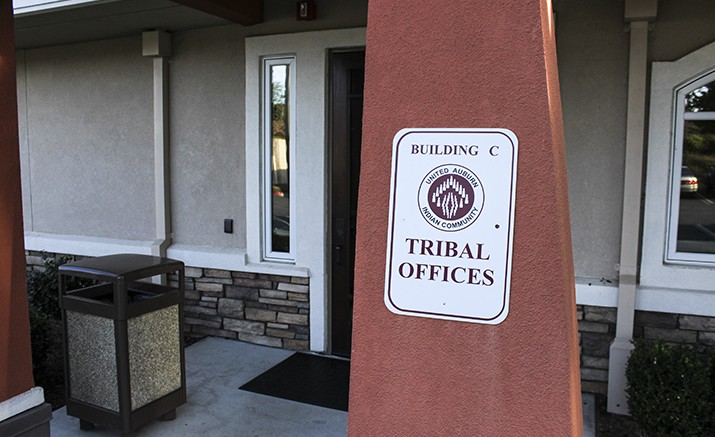 Offices for the United Auburn Indian Community are in a series of buildings that were built utilizing general contractor Bart Volen. ARC professor Greg Baker pled guilty on Nov. 5 to knowingly approving inflated invoices submitted to the UAIC by Volen. (Photo by John Ferrannini)

By John Ferrannini and Barbara Harvey

An American River College professor has been placed on leave after he pled guilty to his role in defrauding over $17 million from an American Indian tribe in federal court on Nov. 5.

Business professor Greg Baker, 48, was the tribal administrator for the United Auburn Indian Community (UAIC). As part of a plea agreement, Baker pled guilty to money laundering, submitting a false tax return and conspiracy to commit mail and wire fraud for his role in the scheme which took place in 2006 and 2007.

Baker personally received $1.4 million in kickbacks, according to a press release from the United States Attorney’s office.

According to the press release, Baker knowingly approved false invoices from a construction project being worked on by developer Bart Wayne Volen. Baker approved the invoices along with Darrell Hinz, who was an employee of the UAIC responsible for quality control.

In exchange, Hinz paid for Baker’s trip to Hawaii as well as for “the installation of a swimming pool at Baker’s residence, and for Baker’s purchase of a luxury automobile, several rental properties, and a condominium in the South Lake Tahoe area.”

The construction is now complete on a site in Placer County that includes a school, offices and a community center.

Baker, who was initially indicted in 2012, was teaching four classes at ARC until the day he entered his plea. He was then put on leave, according to Ryan Cox of the Los Rios district’s human resources office.

Cox could not confirm the reason for the leave, saying it was “a private personnel matter.” Other professors have taken over Baker’s classes.

“Somebody did ask,” said Cyr. “They didn’t tell us, but you Google it.”

Doug Elmets, a spokesperson for the UAIC, said that it “is the ultimate irony” that one of Baker’s classes — Introduction to Management Functions — covers business ethics.

“The UAIC put their trust in Greg Baker and Greg Baker violated that trust,” said Elmets. “The tribe is now relieved to see that Greg Baker’s lying has finally ended with his admission of guilt.”

As part of the plea agreement, the federal government said that it would dismiss the rest of the 18 counts of indictment against Baker at sentencing.

The agreement also stipulates that the government will recommend a sentence of 78 months (or, approximately 6 and one-half years) for Baker, whose sentencing hearing is scheduled for March 17.

Baker and Volen have agreed to pay at least $17 million in restitution to the tribe.

Legal assisting program only in LRCCD