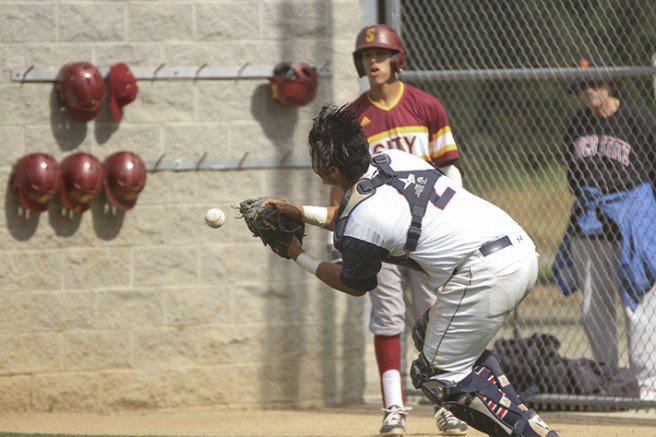 Hall smashed the ball down the left field line, leaving the yard in only a matter of seconds as he fully turned around the pitch from ARC relief pitcher Tyler McCombs in what was a six-run 4th inning for Sac City.

Coach Doug Jumelet said the pitch from McCombs wasn’t in the right place.

“The pitch was supposed to be away and it was in,” Jumelet said. 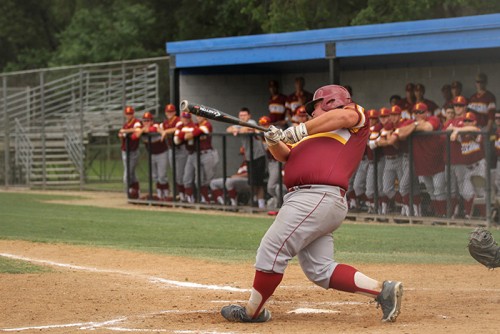 Jumelet added that the situation was presented but the team failed to prevent it.

“It was a 3-2 count and you know he would be swinging,” Jumelet said. “Unfortunately, we threw it to one of the only guys on their team that has the power to do that.”

Just two pitches before, Hall popped the ball up behind the plate but ARC catcher Joaquin Sequeira couldn’t corral it.

“(We) made a couple early mistakes and they capitalized on both of them,” Jumelet said.

ARC managed three runs over the final two innings, with shortstop Jared Biggs going 2-for-4 with an RBI and both designated hitter Tyler Swank and replacement center fielder Chad Singleton getting one hit and an RBI each in the loss.

Second baseman Robert Contreras said the inconsistency that has plagued the team all season on offense bit it again in the loss.

“We knew we as an offense needed to come out and score early, and we didn’t do that,” Contreras said.

“He got ahead against a lot of our batters, and he kept his fastball low,” Contreras said. “He wasn’t predictable today.”

Justin Jordan, who started the game in center field for ARC, said the offense wasn’t in sync when players did manage to get on base.

“Timely hits, we didn’t get them,” Jordan said. “(Leaving) people on base, we’ve done that all season.”

The loss severely dampened ARC’s playoff chances, who now must sweep its final three-game series against Modesto Junior College and receive additional help from other schools.

“(The loss) pretty much sinks us,” Jumelet said. “I would say we had about a 25 percent chance and now we have a five percent chance.”

“We’re going for a sweep,” Contreras said. “Modesto (Junior College) is one of our less competitive opponents, so it’s doable.” 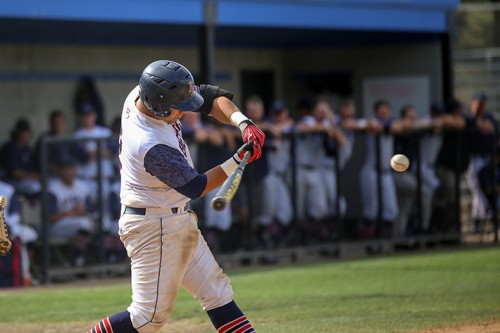 Jordan agreed with his teammate.

“This series, if we can take it, we can make the best of what’s left,” Jordan said.

Jumelet said he “addressed a lot of the negative stuff that we did in the dugout” and just told the team to play the last few games hard.

“Play to win, play to get better,” Jumelet said. “Nobody knows when it will be your last game.

“Prince had his last concert (a few days ago). Hopefully he doesn’t have any regrets.”