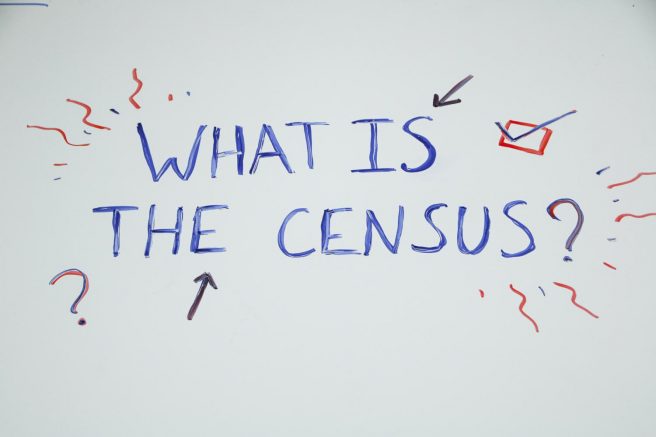 The 2020 United States Census takes place on April 1, people are encouraged to participate via online, by phone, or by mail. (Photo Illustration by Bram Martinez)

The 2020 Census will take place on April 1. The Census, which is a detailed survey of the United States population, takes place every decade.

“It is critical that we as students fill out the upcoming census, and get those we know to do so too because millions of dollars in funding to our communities are at stake,” Mora said, “We have a chance to lead, and we need to step up because we know we can.”

The census asks questions that provide a snapshot of the nation and will determine how more than $675 billion in federal funding will be distributed nationwide each year. Census results affect the public voice in government, how much funding each community receives, and how each community plans for the future, according to the ‘2020 Census– Brief Overview for College Students,’ which is a handout discussing the Census to college students.  The census is also important for catching errors and marking trends such as general income, married couple age ranges, number of children etc.

Paul Feist, California Community Colleges Vice Chancellor, says he thinks the students of California play an incredibly important role in the economy and future of the state.

“The 2020 Census is an important initiative that impacts student aid, health care services, housing and other important student services,” Feist said. “We are also aware that in past Census year’s students have been undercounted, the California Community Colleges are committed to changing that trend.”

For those who are wary of the government canvassing, people might question whether or not the census will sell ads using the info, or abuse the information against the owner.  However, each response is protected by Title 13 of the U.S. Code of Law, which protects the census and each individual legally by preventing confidential information from being leaked. To ensure confidentiality,Title 13 also requires the federal workers of the Census Bureau to swear an oath that if broken have to pay $250,000 in fines and possibly face prison time for 75 years. Census collects information to produce statistics, data cannot be shared with other government agencies, according to the US Census Bureau.

To link up for the census schedule, census information, volunteer work or questions follow the link here.