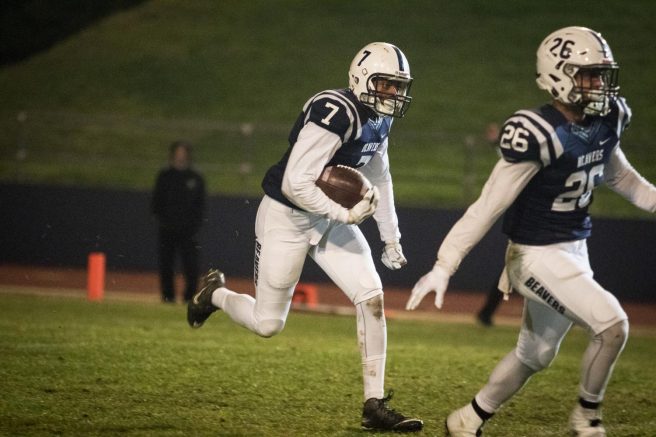 Arthur Jackson III (left) runs with the football during a game against Laney College on Nov. 18. (Photo by Ashley Hayes-Stone)

As he waits for the kick return, Arthur Jackson III blocks out the noise from the roaring crowd. He imagines himself standing alone on the field. Just him, the ground in front of him and in just a few moments, the ball.

Jackson snaps back into reality just in time to track the ball in the air, get underneath it and prepares to allow the football to fall right into his arms.

He runs. He’s been here before. He knows what to do. It’s been ingrained in him since he was a little boy: Run. Just run.

“When I open my strides, no one can catch me”

His heart pounding, sweat dripping from his forehead, Jackson sees the two walls of 200-pound men clashing right before his eyes. The soft thuds of bodies slamming into each joins the symphony of football helmets cracking and bodies falling onto the wet grass.

Without much effort, he flies past the kicker. The 50. The 40. The 30. The 20. The 10. Before he even crosses the chalk-white line Jackson can hear the stadium exploding with cheer behind him.

“When I open my strides, no one can catch me,” Jackson said.

Jackson is a wide receiver for the American River College football team and has been a consistent part of its offense for the past two seasons.

Jackson is attending ARC for his communication degree, but says he wants to pursue football on a professional level.

“I want to take football all the way,” Jackson said.

Both of his parents were athletes and the love of football was instilled in him at a young age. When he was 6, his father would take him out to the park to toss the old pigskin around. It was there that Jackson learned the fundamentals that have shaped his game: No. 1, run. No. 2, don’t get caught. 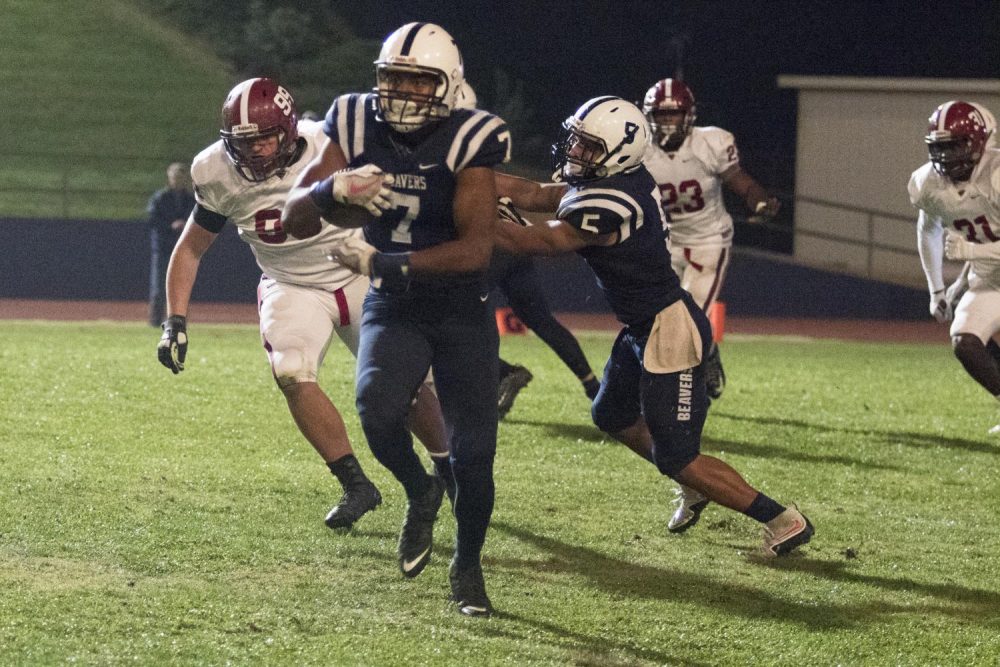 Arthur Jackson III (No. 7) catches a football for a touchdown against Sierra College on Nov. 11. (Photo by Ashley Hayes-Stone)

But it wasn’t until high school that Jackson started analyzing and studying the game at a strategic level.

“I fell in love with the work that football required,” Jackson said.

And he learned from the best. Jackson started watching future Hall of Fame Wide Receiver Randy Moss. Jackson modelled his game after Moss’; he beats his opponents on the jump balls and then flat-out out-speeds them on the ground with the ball in his hands.

“When the ball hits his hands, he has the ability to make it into the endzone,” Coach Jon Osterhout said.

Once Jackson suits and steps onto that field, he has one goal: “My mentality is to make things happen.”

And make things happen he does. Jackson finished his sophomore season with the Beavers leading the team in all major receiving categories.

Teammate Celeb Tremblay praises Jackson’s ability on and off the field.

“He is a dominant player, a good leader, and also he has good hands,” Tremblay said.

In fact, his 13 touchdown receptions put Jackson at No. 3 in the entire state.

“I play with a chip on my shoulder. I’ve been overlooked all of my life.”

After he scores, Jackson enjoys sharing that moment with his teammates, especially the offensive line.

“After I score I need to celebrate with my teammates because they are the reason why I got there,” Jackson said.

Jackson recalls a time were an opposing cornerback was trash talking him, hoping to get inside his head.

“I ended the game with three touchdowns and 171-yards on him,” Jackson said. “He got benched by the end of the first half. I let my performance do the talking for me.”

The good sportsmanship is something Jackson says was taught to him by his parents; both were formerly athletes. Both ended up finding careers away from the field however. As proud as they are of their son, they push him to remember that there is a life after football.

“I will tell them about football stuff and they would wait for me to finish so they can ask me about my grades,” Jackson said. “It’s annoying but I know where they are coming from and I appreciate that about them.” 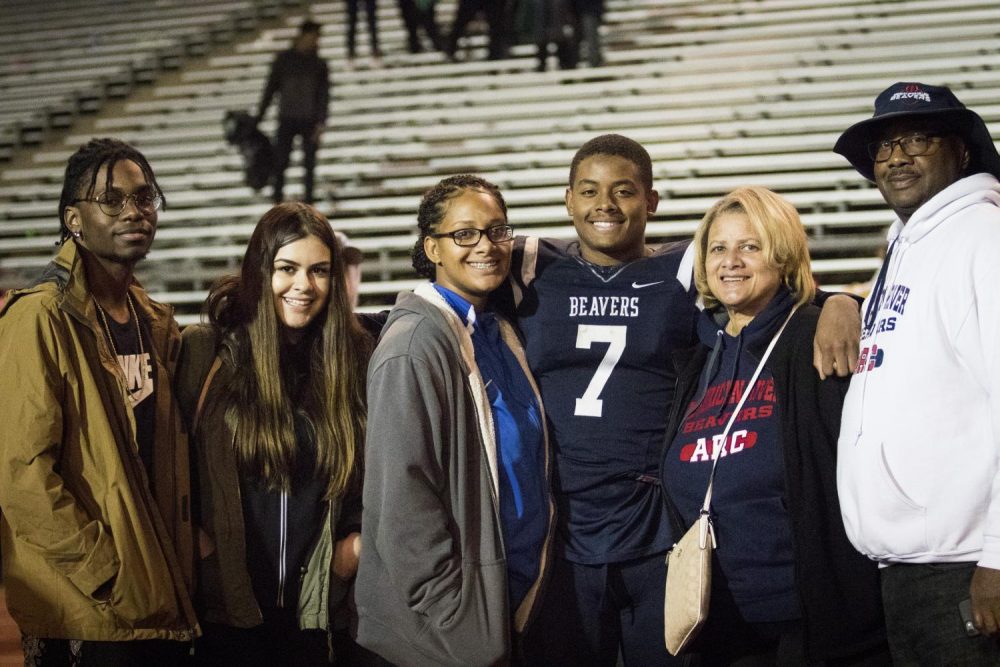 Arthur Jackson III (No. 7) poses with his friends and family after a game on Nov. 25. (Photo by Ashley Hayes-Stone)

Jackson almost had to face the reality of his collegiate football career coming to and end when he didn’t receive a Division One scholarship offer after the regular season ended.

Jackson says being the underdog is nothing new to him.

“I play with a chip on my shoulder,”Jackson said. “I’ve been overlooked all of my life.”

And on Nov. 30, Jackson did finally receive a scholarship from a Division 1 school. The University of Hawaii offered him the chance to keep playing the game that Jackson says he was “born to play.”

“He is a dominant player, a good leader, and also he has good hands.” -Caleb Tremblay

Ultimately,  Jackson gives a large portion of the credit to American River College and its football team.

“[The team] has made me a better player and a better person,” Jackson said. “Coach O is teaching me how to be a man along with being a good football player.”

Beavers get blown away by Folsom Lake