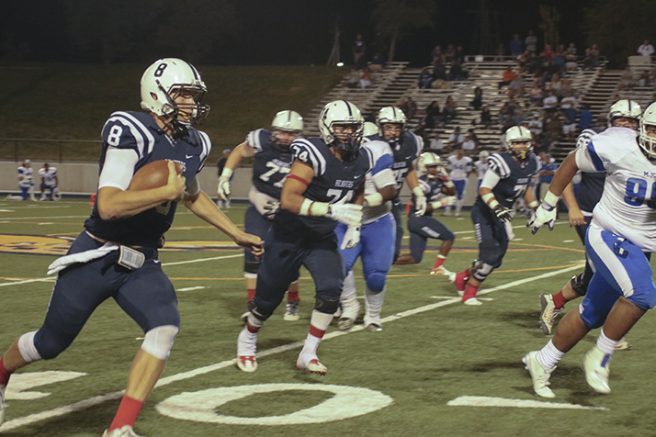 American River College’s grayshirt freshman quarterback, Griffin Dahn, is making the most of his opportunity as the starting quarterback for the Beavers.

The starting quarterback was originally sophomore Chris Guillen, who went down with an injury in the first game against Diablo Valley college.

Dahn had to step up, and he said he is ready for the challenge.

“I was prepared to play. I always prepare like I am going in as the starter, whether I was a second or third string it is how I was taught growing up,” said Dahn.

Dahn talked about how his teammates also prepared him for the moment.

“We have a great quarterback room and I felt like those guys help to prepare me for the game,” said Dahn.

Dahn, who is from Columbus, Ohio, decided to transfer to ARC after he visited the college and talked with Coach Jon Osterhout. 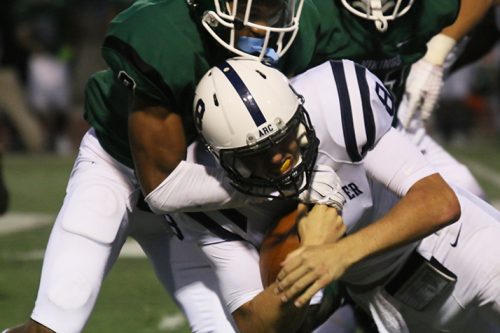 “I was pretty down on my luck in recruitment from injury and it was the environment and the coaching staff that pulled me here,” Dahn said. “It’s a great program for junior colleges so it was a no-brainer for me. It really felt like home to me here and I love playing for and with the guys.”

Dahn, in the second game of the season, stepped up again and ended up throwing for 306 yards and rushing for 22 yards, with three rushing matched with three passing touchdowns.

Dahn in the last two games has thrown for a combined 538 passing yards with six touchdowns and two interceptions.

The coaching staff and the players are also noticing Dahn’s play the last two games.

Sophomore wide receiver Damen Wheeler Jr said “he is stepping up a lot ever since our starter went down, and he is playing amazing right now.”

“He’s an excellent addition. He came to us last year, was out with a grey shirt and has continued to evolve and develop within our program,” Osterhout said.

“We’re excited about him moving forward and he’s been battle tested in two games which should hold out well for us moving forward.”
The Beavers will host last year’s state champions, City College of San Francisco, this Saturday.