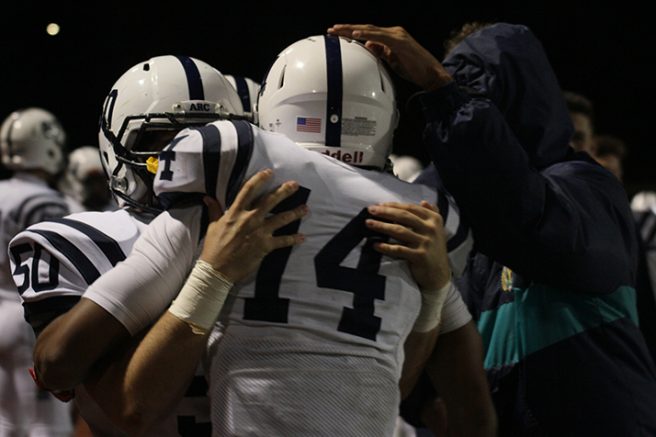 “If they hadn’t stopped me, I would have ran right through the end zone,” said wide reciever Daliceo Calloway.

A strong showing in the fourth quarter capped off by a 74 yard touchdown reception by Calloway in the last minute allowed American River College’s football team to win their season opener against Diablo Valley on Friday, 23-20.

The Beavers’ game plan changed after starting quarterback Chris Guillen was injured during the third play of the game and freshman Griffin Dahn got his first regular season action earlier than expected. 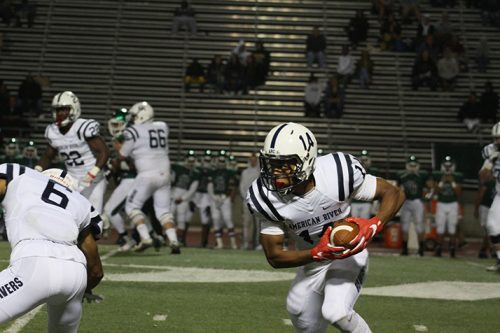 Coach Jon Osterhout said that Dahn was going to get some game time, but Guillen’s injury forced their hand earlier than expected.

“We told him he was going to get in at the 4th series of the game, but he got pushed into action a little earlier because of the shot that Chris took,” Osterhout said. “Luckily for the team, he was prepared and came out and handled the job well.”

Dahn, who went 11-35 for 232 yards, three touchdowns and one interception in his debut, said that he was ready for the call.

“I was confident,” Dahn said. “I watch film and I take my reps in practice, so I was prepared.”

“I went out and made plays. I made a lot of mistakes too, but I was ready to go.”

Both teams offense failed to move the ball considerably in the next few drives with it looking like the game would become a war of defenses.

In the middle of the first quarter, a bad snap from ARC, pinned deep in their own territory, resulted in Dahn trying to scramble, then trying to shovel the ball forward resulting in an interception by DVC defensive back Marcus de la Pena, who returned it for a touchdown to tie the game at 7-7.

ARC’s offense was kept to minimal gains by the Vikings, who recorded three sacks in 10 minutes, while the Vikings were able to kick two field goals to put them up at halftime, 13-6.

Sophomore running back Ce’von Mitchell-Ford had 15 rushes for 41 yards and said that while the first half was difficult for them, they knew the second half was their chance to turn the game around. 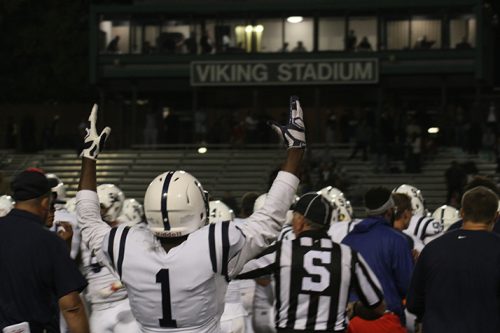 Osterhout said that defense is what really kept them in the game through the first half.

“We struggled a lot with field position in the first half as our offense struggled, but our defense kept us in the game, only allowing a couple field goals in the first half, and being pretty stringent in the second half apart from the first drive,” Osterhout said.

The Vikings received the ball after halftime and drove down the field resulting in a 29 yard touchdown to put them up by 13. 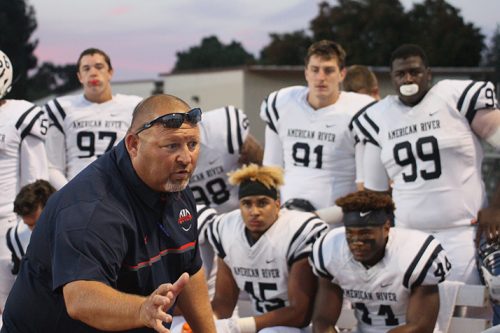 Two good drives from the ARC offense resulted in a field goal and a 38 yard passing touchdown to leave the Beavers trailing by three entering the fourth quarter.

ARC had a chance to tie the game up with just over seven minutes remaining, but missed a 36 yard field goal attempt as they turned the ball over to the Vikings.

Diablo Valley attempted to run the clock down late in the fourth in a bid to get ARC to use all of their timeouts, but the attempt backfired as their kicker Manny Lopez missed a 36 yarder giving ARC one last chance with 76 seconds left and one timeout remaining.

With 47 seconds left, Dahn rolled to his left and completed a pass to Calloway who ran 74 yards along the sideline to score and put the Beavers on top 23-20.

Calloway said that the route he ran was coming back to Dahn because it appeared the he was going to get sacked, but once he got the ball, he didn’t stop.

“Once I caught it, I saw the sideline and just kept in bounds and beat that last tackle,” Calloway said. “I got a perfect block from Torian (Williams) and then I just saw green in front of me and felt like I was dreaming.”

The Vikings with limited game time left and no timeouts, were able to drive the ball down into ARC territory, but failed to get another snap off as time expired and ARC started their season off with a win. 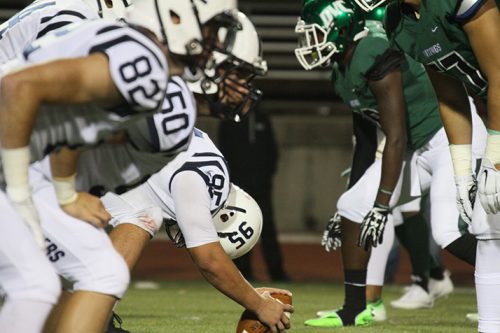 Osterhout said that it was a hard earned win and that the practices they run during the week helped them prepare for that type of scenario.

“We work on these kind of situations in practice, we run the two minute drill three or four times a week,” Osterhout said. “There’s a certain comfort level for us going into that scenario because we’ve practiced it over and over again.”

“Obviously Calloway makes an unbelieve catch, jumps, hurdles and body-bounds right along the sideline and puts it in the endzone to score and then our defense finishes up the job.”

“Wins are tough to come by and they’re cherished,” Osterhout said. “So we’re gonna enjoy it and then get back to the film room and realize that we made and abundance of mistakes and so we’re gonna have to work hard to clean up those areas to make sure we can get another victory next week.”

ARC’s next game is against Modesto Junior College on Sep. 10, but the game will be played at Cosumnes River College due to the field at Beaver Stadium not being in playable condition.