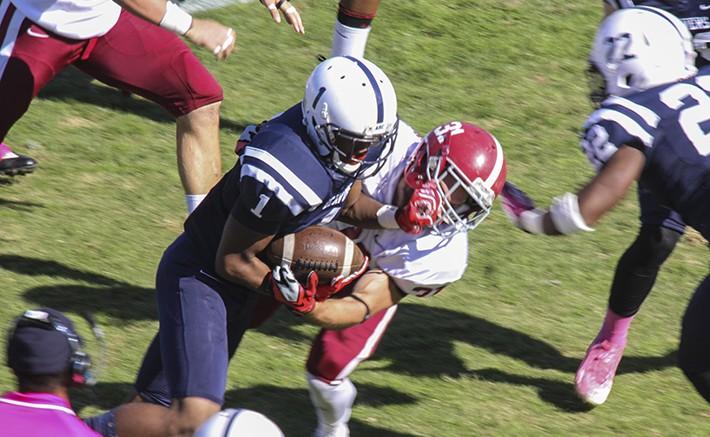 American River College’s football team looks to defend its No. 1 seed in the NorCal League and continue its undefeated streak against No. 2 ranked Butte College.

ARC has won its last three games in dominant fashion, averaging over 40 points per game.

Butte has won five straight with over 400 passing yards per game.

“They got a nice little streak going but so do we,” said Osterhout.

ARC can clinch the top spot in the NorCal League with a win, but players and coaches are keeping focus on the game.

“Our motto is the next game is the biggest game because its the next game,” running back Ce’von Mitchell-Ford said about the mentality the team has going into every game.

“Obviously we understand there is a lot at stake this game, but we treat every game the same,” Osterhout said.

With Butte allowing just 115.3 rushing yards per game, the air may be the prefered choice for ARC this game, but ARC plans to keep running their offense the way they have been.

Mitchell-Ford leads ARC in rushing with 575 yards and averaging 82.1 yards per game.

“I’m just going do my job, our O-line has been working hard and make my job way easier than it should be,” he said.

Quarterback Jihad Vercher wants to carry over the performance and energy the team has been having from the past three games.

“We got to come out fast, score on the first drive like we have been and keep our progress going up and up.”

With the regular season coming to a close Vercher is looking forward to the postseason.

“We need this win to get us a good spot into the playoffs and it would be a good moral boost for our players who haven’t ever won a championship before,” said Vercher.