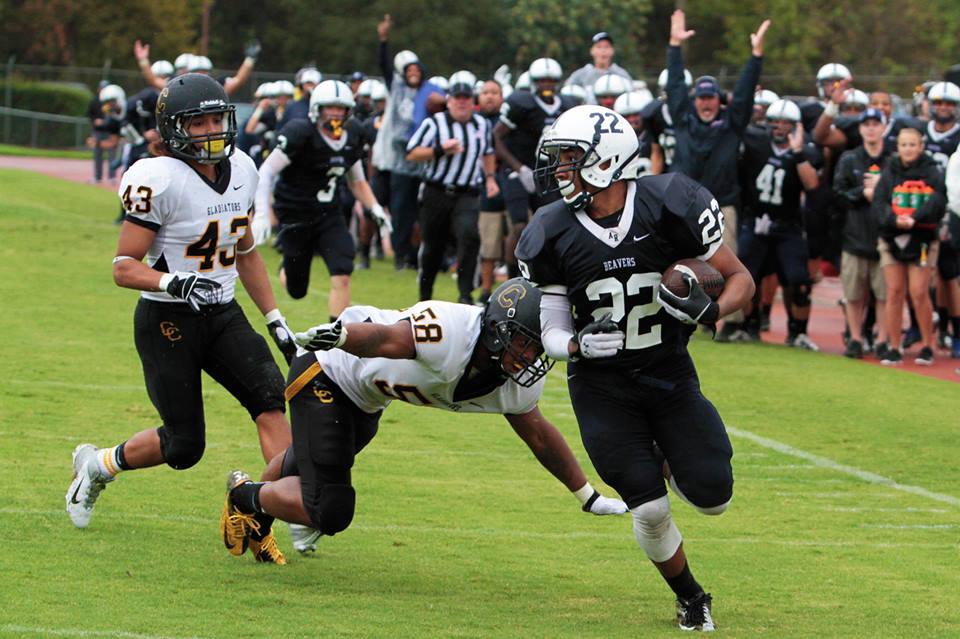 The American River College 33-13 win over the Chabot College Gladiators Saturday was a defensive juggernaut featuring a combined total of 7 turnovers and a safety. Despite the offensive woes sustained by the Beavers, the No. 8 ranked football team in the nation is now 3-0.

Arguably, the unsung hero for the Beavers this season has been their defense; they were tested multiple times throughout the game. On a span of four consecutive offensive possessions ARC had back-to-back fumbles recovered by Chabot, a punt blocked at the Gladiators’ 18-yard line and an interception. The Gladiators failed to capitalize on the turnovers, only scoring one touchdown on an 18-yard pass from quarterback Zach Lujan to wide receiver Jake Isabel.

“We talk all the time about adversity,” ARC football head coach Jerry Haflich said. “As a young team we’re constantly asking them to grow. They were forced to grow up today. I’m extremely proud of their resiliency and their ability to come back. I’m pleased with how they responded to that adversity.”

While the defense came up big for the Beavers once again, the offense struggled to find their momentum, until a fumbled punt recovered by freshman defensive back Damion Sanders was returned 19 yards with eight minutes left in the third quarter, giving the Beavers their first touchdown of the game.

“It felt great to actually help out my team,” Sanders said. “To actually (make) a difference in the game. It’s great.”

The ARC defense is currently ranked No. 1 in the state of California. The team allows 7.3 points per game, 120.3 total yards, 102 passing yards and 18.3 rushing yards, along with 15 sacks, 6 interceptions and 2 fumble recoveries.

“Honestly, we just came together as a team,” Sanders said. “Everything isn’t going to go how it’s planned so we came together and did what we had to do.”

Following the Sanders punt return the Beavers’ offense was rejuvenated; led by freshman quarterback Jake Bist the team would score 3 more touchdowns. Bist’s first touchdown of the game was an 82-yard pass to sophomore wide receiver Tyler Trosin giving Trosin seven touchdowns on the season. This touchdown and the point after touchdown conversion from sophomore kicker Cameron Southward would give the Beavers their first lead of the game.

After taking the lead the Beavers never looked back. Bist would go on to connect with sophomore wide receiver Ference Lang for two touchdowns in the fourth quarter, one for 16 yards and another for 20 yards. Bist ended the day with 235 yards, three touchdowns, an interception and a lost fumble.

“We constantly talk about momentum,” Haflich said. “Somebody has got to make a play that’s going to turn it.”

The Beavers’ next home game is Oct. 19 versus division rival San Joaquin Delta College at 1 p.m. The team’s next game is Sept. 27 at Santa Rosa Junior College at 7 p.m.

Loss of a parent