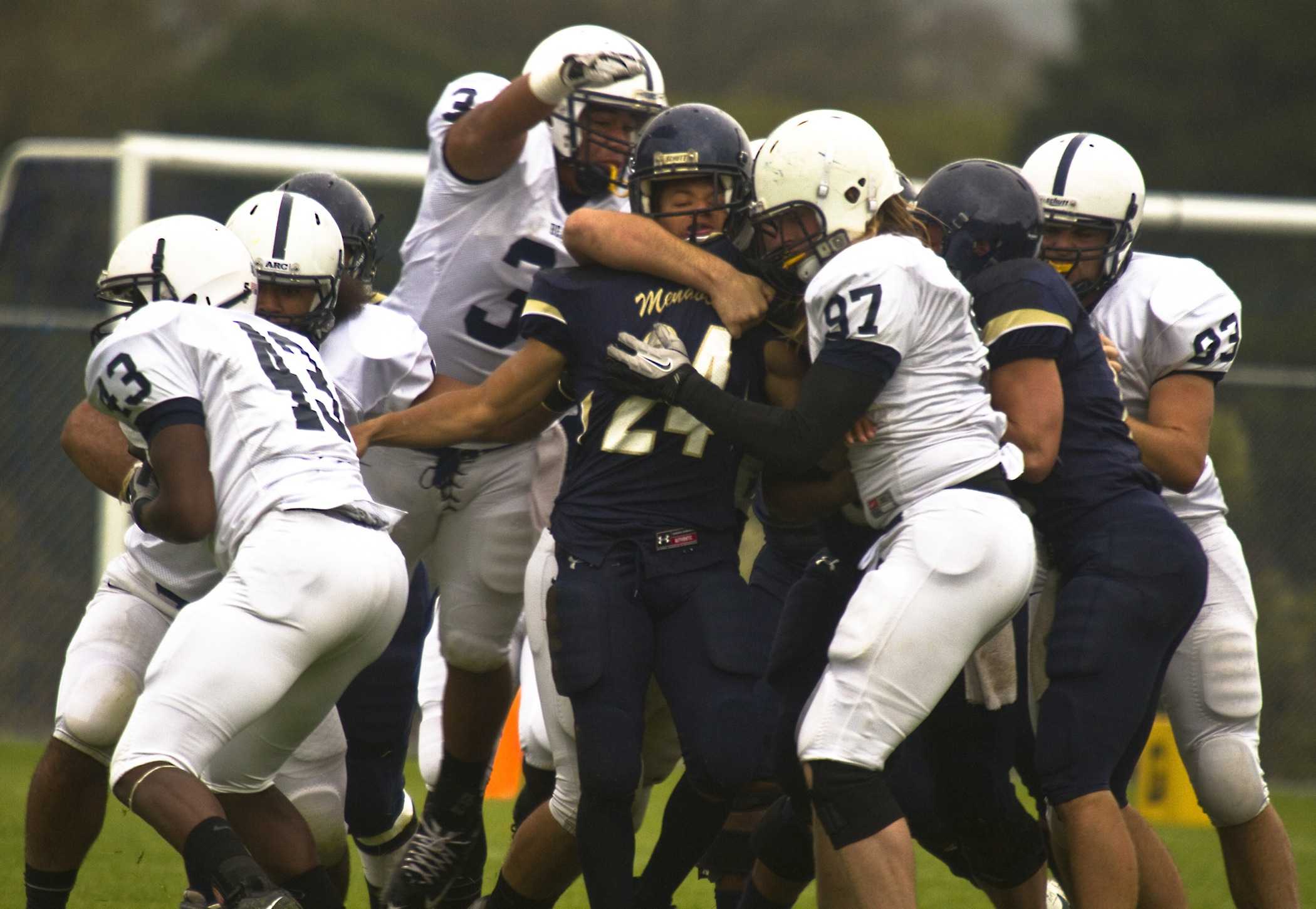 McAlindon needed just nine games to tie the all-time ARC record of 32 career touchdown passes as he tossed a 12-yard score to Michael Lindsay with six minutes, 43 seconds left in the third quarter as the rain poured down on the field. The score gave ARC a commanding 39-13 lead and almost sealed the deal.

“Quite an accomplishment for a young man,” ARC head coach Jerry Haflich said. “Speaks volumes to his quality as a player.”

ARC (9-0, 3-0 MEC) also got a career-high rushing day from freshman Devonte Booker (169 yards, 2 TD) despite constant rain during the game.

The Beavers started slowly, as McAlindon was sacked twice on the opening drive. But an opportunistic defense recovered a fumble, and the run game for the Beavers capped off three early scoring drives as the Beavers opened up for a 21-0 second quarter lead.

Mendocino made the game interesting with three touchdown passes of 61, 63 and 90 yards, but had only 119 yards on the 47 offense plays.

Defensive end Nick Cooper was credited with a fumble recovery in the first quarter after Mendocino quarterback Kyle Harmak fumbled the ball from the snap and Cooper grabbed the ball before it hit the ground. But, since Harmak was not in the throwing motion, the turnover is credited as a fumble instead of an interception.

The Beavers finish the regular season at home Saturday, Nov. 12 against Sacramento City College at Beaver Stadium at 1:00 p.m.

Games notes: The Beavers did not attempt an extra point from the north end zone because Haflich was unwilling to ‘lose a $80 ball’ in the brushes and wine vineyards just past the field…Justin Collins caught two TD passes and has 10 this season…All-American Cortez Woods did not play, but suited up Saturday. He is expected to play versus Sac City…ARC fans outnumbered those of Mendocino fans

Saturday…Rain fell heavily during the entire second half…ARC will host an alumni tailgate Bar B Que at 11:30 a.m. next Saturday prior to the game against SCC.

The Beavers strived to achieve the perfect season