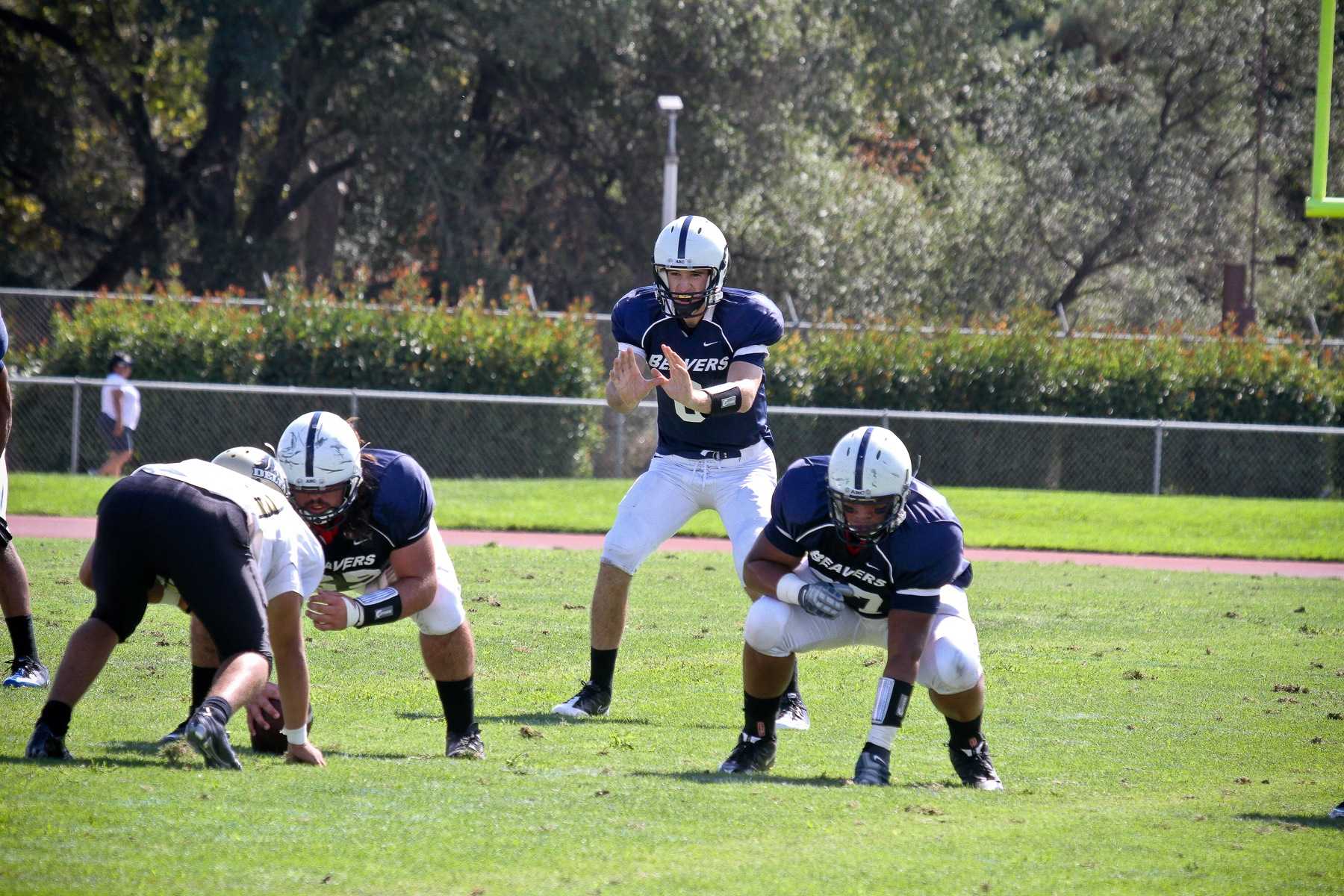 Football players heavily rely on timing. In routes, throws, blocks and assignments. No one may be more aware of the importance of timing than American River College’s starting quarterback Andy McAlindon, who’s taking every advantage of his remarkable opportunity.

Leading the Beavers to a great 3-0 start to the season, this 19-year-old freshman is quickly surpassing any expectations placed upon him. Passing for eleven touchdowns and just one interception in three games, head coach Jerry Haflich described McAlindon’s production as “a pleasant surprise.” A stunning accomplishment when you add in the fact that he joined the team in July.

While grey-shirting at San Francisco Junior College, McAlindon contacted coach Haflich and his staff to inquire if there was an opportunity to play. After consulting with his parents, McAlindon decided to make the move to Sacramento to join ARC.

“He has great knowledge of the game. He’s a fast learner, and a very intelligent quarterback which has really helped him come in late in the summertime and earn that spot,” quarterback coach Marc Rubalcaba said.

McAlindon is the prototypical-sized quarterback. With a 6-foot-5-inch, 200-pound frame, he’s an imposing figure behind the center. Equipped with a strong, accurate arm, athletic ability to move inside and outside the pocket, and exceptional knowledge of the game, McAlindon brings a new dynamic to the Beaver offense.

“He’s got good pocket presence. He’s done a nice job of being patient and letting the protection work for him. And when there’s a breakdown, he does a nice job of getting the ball out of his hands or running for positive yards. He’s a very good decision maker,” Haflich said.

The quarterback position is perhaps the most complex position in all of football. It takes a strong-minded, willful, and competitive athlete to play the position.

All qualities that McAlindon embodies.

“I really admire (Brady’s) mentality on how he plays the game. He’s tough, smart, and plays with a lot of heart” said McAlindon.

Tom Brady, like McAlindon, flew under the radar. A seventh round draft pick-out of the University of Michigan, Brady was looked over throughout much of his college years, even dropping as low as the seventh quarterback on Michigan’s roster. But when the opportunity to be the starting quarterback for the Patriots presented itself, Brady was prepared, and has since grown into one of the greatest quarterbacks in National Football League history.

McAlindon isn’t your typical leader on the field. Like his idol, Brady, he is intensely competitive, but more inclined to let his play, and not his mouth, do the talking.

“I just try to let my play take care of itself. As long as we’re winning games, then I’m obviously doing something right. So I’m just focused on winning us ball games,” McAlindon said.

Winning ball games is something this football team is very familiar with. Coming off a 10-1 season which resulted in a 2011 Mid-Empire Conference Championship and a Central Division bowl game win against De Anza last season, this Beaver team is looking to make school history.

“Our goal is to go undefeated,” McAlindon said. “We want to win our league, win a bowl game, and go undefeated. I mean, that goal is pretty much built into our entire team.”

A tangible goal perhaps, but not one that Haflich will allow to distract his team from the task at hand. Haflich is aware of the pitfalls of a football season and states that it is played one game at a time.

“Yes, the team’s goal is to win each contest. But right now we’re focused on the game coming up,” Haflich said. “We have to take care of that one first before we focus on the others, but the team’s goal is to definitely be undefeated when Nov. 20 comes around. A lot of work between now and then.”

Be the first to comment on "Meet ARC’s young gun"