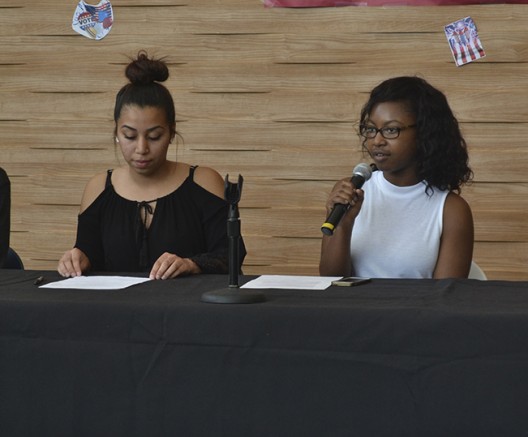 The $15,000 spent on Rock the Vote yielded 176 votes from nearly 30,000 students in the American River College Associated Student Body elections, according to the Center for Leadership and Development (CL&D) unofficial results.

That voter turnout comes to an average cost of around $85 per vote.

All candidates ran unopposed and were unofficially voted into office.

Rock the Vote is an advocacy event to raise voter awareness and encourage them to participate in the school’s election by giving away food to students for those who participated in a survey.

On March 10, Rock the Vote was passed by the ARC Student Senate by unanimous vote. The bill was authored by Director of Communications Tami Dunning.

Roughly 1,400 students received free food from Senate because of Rock the Vote, which Director of Finance Jeremy Diefenbacher said that in itself was a success.

“At least we fed students,” Diefenbacher said. “We were able to use the student rep fund to give directly back to the students.”

“It’s not our fault they didn’t vote,” Diefenbacher said.

Kevin Phan, Director of Finance-elect, thought more should have been done to increase student awareness with the Rock the Vote money.

“It was my belief that the funds for Rock the Vote would have been used for an effective and engaging event that would have gotten more students to vote,” Phan said in an email. “To my disappointment however, it turned out not to be the case.”

“As for the turnout, I am a bit disappointed that so few students voted,” Phan said.

Senator-elect Laurie Jones also spoke about how unsuccesful Rock the Vote was in getting students to vote.

“$15,000 was allocated,” Jones said. “In any event, we provided free food and swag for students, apparently some of whom out waited the survey to get the free food.”

“I think it is a typically miserable voter turnout,” Jones said in an email. “Taking into account that no candidate was running opposed, so probably not much motivation to vote was generated.”

“If I could go back, I would have vetoed it,” Hylton said. “Nobody said should we put any of the money towards advertising, or anything. I’m not at all surprised by the turnout.”

Both Justin Nicholson and Mary Stedman are returning as CAEB president and vice president, respectively.

Campus Pulse: “How do you deal with the anxiety of a new semester?”

Former ARC running back to hold workout for NFL teams