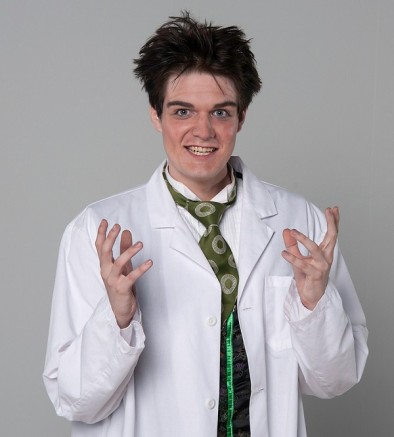 A former American River College theater student, arrested on Jan. 22 in relation to sextortion allegations made in November 2014, told a Current reporter in a tearful jailhouse interview Sunday morning that he’s looking to take a plea bargain and doesn’t intend to take the case to court.

Christian Brian Hirtzel played the lead role in ARC’s fall 2014 production of ‘Young Frankenstein’, as well as prominent parts in other plays during his time at ARC from summer 2012 to fall 2014.

Hirtzel said that he was “surprised” in early 2015 when police officers came to his door and put him and his father in handcuffs.

“They just wanted us out of the way so they could go through my stuff,” Hirtzel said. “Since then, I was just waiting for this (being arrested) to happen.”

Hirtzel said that he hopes to eventually start over.

Hirtzel went on to say that he’s unsure of how people will think of him going forward.

“I’m not going to expect a whole lot,” Hirtzel said. “I’m not so self-righteous to say that they’ll have to deal with my presence.”

Since being arrested, Hirtzel said that jail has been “boring and everything happens slowly” and that at this point, “it’s just a waiting game.”

Hirtzel declined to comment on any of the specific claims that have been made against him.

According to one accuser, up to 14 other accusers made a statement to the police and there were many more girls whom he targeted that didn’t want to make statement.

In accordance with the Associated Press guidelines, the Current does not publish the names of sex crime accusers or victims.

The official booking charges were extortion, distribution of child pornography, communication with a minor with intent to commit a sexual offense, knowingly using a minor to assist with an obscene matter, computer crime or access without permission to defraud or control and attempted extortion. He is being held at the Sacramento County Main Jail and his bail was set at $100,000.

Hirtzel is expected to appear in court on April 12.

Be the first to comment on "Update: Sextortion suspect speaks"