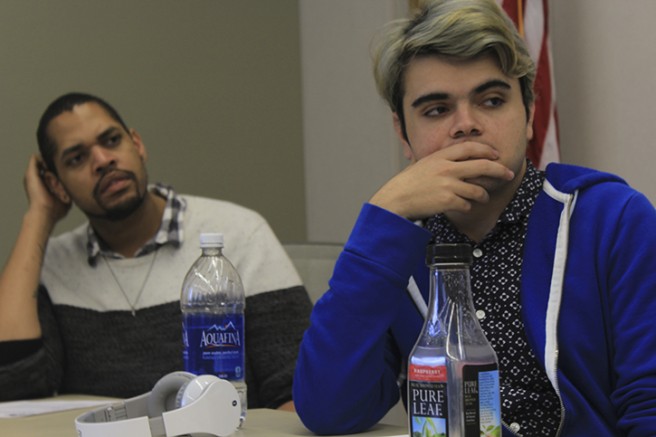 ASB application packets have been available since Feb. 23.

Students who are interested in participating in ASB (Student Senate or CAEB) have until March 15 to have a petition with 50 signatures endorsing their candidacy and submit it with their application, according to adviser Juan Miguel Blanco. Applications are available in the Center for Leadership and Development (CL&D).

Notifying students about these important dates has been challenging, according to Student Senate President David Hylton II.

“That’s been the struggle we’ve been having,” said Hylton. “That’s why I wanted to get the sign fixed.”

Signs on campus and word of mouth are used to inform students of this information.

The Student Trustee represents the student voice on the Board of Trustees and the application can be found on the district website.

Applications for student development sages are also available on the ARC website.

Sages are the students seen around campus wearing a green vest.

They are student leaders who serve as guides and facilitators of information among students and work in the CL&D.

Sages work eight to 10 hours a week and are paid $10 per hour, according to Blanco.

CAEB also passed a grant giving $150 to the Sociology Club as well as bills allocating $150 to the Progressive Democrats Club and $300 for the March 17 Club Day.

Both the Sociology Club and Progressive Democrats Club are using the money to support the students who are planning to attend NCORE, a race and equality conference held in San Francisco.

“It’s probably going to cost about $1,500 per student,” said CAEB member Laurie Jones. ”It would just help (to cover the cost).”

Why students should get more involved in clubs on campus

Be the first to comment on "Leadership and Development applications available, bills passed at CAEB meeting Tuesday"