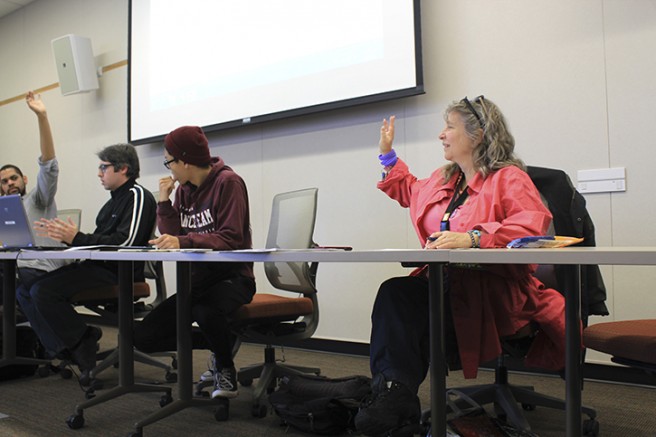 Last semester, Sacramento City College had a deadly shooting, which along with many other recent violent incidents on campuses across the nation have raised concerns of campus safety.

Places of education are the second most likely location to be targeted, according to a 2014 FBI report.

The student senate recommended that safety become a separate shared campus committee, and also suggested that the campus chief of police chair the safety committee.

Currently, the Building Grounds & Safety Committee (BGSC) meets for only one hour each month.

Also, The Joint Budget Committee (JBC) held a meeting Tuesday that addressed a student’s request to have more printing options on campus.

A student put in an agenda item request because he was trying to get financial aid between semesters and the library was closed, the LRC was closed and the student was unable to to make copies, according to Student Senate President David Hylton.

“I’d like us to possibly figure out something where our students have the capabilities to succeed,” Hylton said.

“I think the best avenue would be to go to the administration and figure out what we can help them achieve as opposed to go and doing it all ourselves,” said Nicholson.

JBC member Nancy Lopez agreed that there should be more on campus printing locations.

“Yes, we do need some more printing options,” said Lopez.

CAEB approved the final budget of $11,700 dollars today. The budget allocates funds to events such as Club Day, Election, Week and the End of Year Celebration.