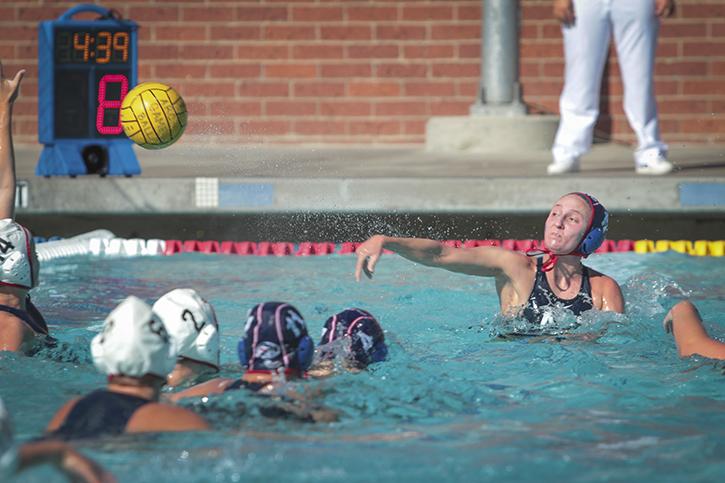 The win brought the women’s record to 2-5 overall, and an even 1-1 in conference play.

ARC got out to an early lead, scoring four goals in the first quarter and rarely ever looked back.

The game featured ARC showcasing a new zone style of play which helped contribute to several fast break goals for the ladies.

“We have been working on an m zone which is a different style of zone defense that can help generate offense for us and it did that today,” ARC head coach Tyson Frenn said.

Sophomore goalie Avery Dotterer utilized her strong arm and accuracy to allow the women to counterattack, which is where they scored a majority of their goals.

“I don’t think that the other team was expecting it,” Perry said.

At one point in the match in the third quarter ARC lead by ten goals.

A yellow card was issued to Frenn while arguing about a call with 2:57 remaining in the match. The resulting penalty shot was blocked by Dotterer.

Freshman Hayley Cates scored the final goal for ARC with 2:38 left in the match, her second of the match.

The women next play at home on Oct. 1 in a conference match against Modesto Junior College, beginning at 3:30.

Their next match will take place at the Mt. Sac Tournament starting on Sept. 26 in Walnut, CA.