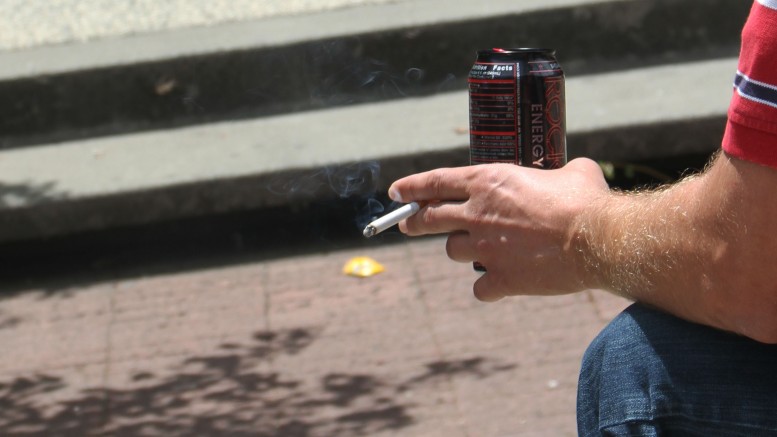 Tobacco use on the American River College campus is scheduled to become prohibited starting next January.

American River College is scheduled to become tobacco free on Jan. 1, 2016, the first campus to do so among the Los Rios colleges.

Greene said that he and his leadership team discussed three possible options for the future of tobacco on campus: maintaining the current rule, which prohibits smoking indoors and within 30 feet of a building’s entrance, creating designated smoking areas or banning smoking entirely.

Greene cited a recent vote by the California State Senate to raise the age for purchasing tobacco from 18 to 21 as an example of where society is headed relative to smoking.

“There’s this kind of trend,” said Greene. “This is where our communities and our society is moving into.”

Greene also said that it is important the school prepare students for workplaces and colleges that will be tobacco free.

“It’s more than just health. It’s also about how does this create the most conducive environment for learning allied with our stated mission,” said Greene. “If (students) get a career after they come here, that environment where they work and earn a living is increasingly becoming smoke free.”

The tobacco ban includes not only cigarettes but also chewing tobacco and “unregulated nicotine products” such as e-cigarettes and vaporizers.

The parking structure and lots will similarly be tobacco free.

The Jan. 1 implementation date may be delayed if proper preparations are not in place, said Greene.

“What we want to do is make sure we have adequate programming for those who want to smoke,” said Greene. “We want to make sure everybody is aware … then there’s physical changes too. We’ll be removing the ash trays and other things at the college, or doing something with those so that they no longer serve their original purpose.”

ARC Public Relations Officer Scott Crow said there is a lot the school has to do to prepare for the change.

“We’re trying to pull together a task force representative of the different people on campus,” said Crow. “There’s a lot of different people involved from this, from the faculty side to the police side.”

Smoking cessation counseling used to be available in the Health Center, but according to Health Service Assistant Ryan Nix, requests for the service were “not in great demand.”

“The nurses are not doing counseling,” said Nix. “What we do provide are educational resources.”

Nevertheless, Crow said that support groups are speaking with the school regarding smoking cessation resources on campus.

Laurie Jones is a member of the Building, Grounds and Safety Committee that began having discussions regarding smoking and tobacco use during last spring’s semester. Jones said she is pleased with Greene’s decision.

“I’m a health oriented person, so to me it’s great because of the health issues associated with smoking,” said Jones. “It’s expensive not just because of buying the cigarettes but because the healthcare cost affects everybody.”