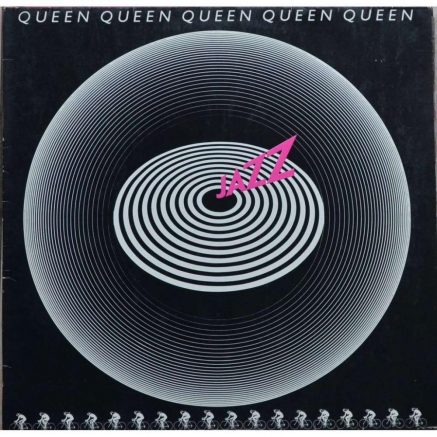 British rock band Queen's seventh studio album "Jazz," released in 1978, is a great album to listen to while self-quarantining if you enjoy varying styles of music. (photo courtesy of EMI Records)

With all of us forced to stay home due to the coronavirus, we need to find things to do to keep ourselves occupied. One common thing that a lot of people like to do when they’re trying to relax or pass time is listen to music.

Regardless of your preference of music, we can all agree that music is a good way to have fun, let out emotions, and take your mind off things for a brief moment. Here is a small list of music albums that’ll help distract you for a little while, not ranked in any particular order.

In depressing times like this, we need some music to keep our chins up and find a way to smile. One album that can help lift people’s spirits is “Jazz” by Queen with positive emotions in songs like “Don’t Stop Me Now” and “Bicycle Race.” While this album may not be the longest one with a run time of 44 minutes and 39 seconds, the upbeat tempo from these songs can put a smile on anyone’s face and give them a bit of a distraction as they’re sitting in the house trying to cheer themselves up in hard times like these.

2.) “The Black Album” by Metallica

For people who like listening to something a bit more heavy when it comes to music, “The Black Album” by Metallica is a good choice. With a runtime of one hour and two minutes, this will kill an hour in the day if you’re trying to find something to pass time. And with some of the softer songs within this album such as titles like “Nothing Else Matters” and “The Unforgiven,” not every song in this album is the loud heavy metal that your neighbors may want to call the cops on you for playing too loud. Although there are songs like that if you are someone who enjoys the heavier side of music.

Want to find an album that’ll take time to listen to? Try listening to “All Eyez On Me” by 2Pac, which has a run time of two hours, and 12 minutes. Yes, a rap and hip-hop album that’s over two hours long. This album is a two disc set, with each disc having a little over an hour of music. This album features many songs that a lot of his fans will be familiar with such, “California Love,” “Ambitionz Az a Ridah,” “2 of Amerikaz Most Wanted,” and many more. While rap isn’t a music genre that everyone will love, “All Eyez On Me” is without a doubt a good time waster for anyone looking to find someone to do inside the house.

When people are stressed out, we need to find ways to relax. Music is one of the most common things people do to unwind, and in stressful times where people are just trying to find a way to relax. “Room for Squares” by John Mayer may be the best choice. With a run time of 54 minutes and 14 seconds, the songs on this album give a very calm and soothing vibe. With the sound of Mayer’s acoustic guitar and voice singing in songs like “Neon,” and “Back to You,” it gives the listener something to just sit back and relax to. Sometimes that’s the best answer to find a way to pass time; listening to something peaceful that’ll help you just relax and take your mind off some of the hardships we’re going through in life right now.

Here me out on this one. Yes, this is the soundtrack of a video game and not everyone is into video games. However, it is a great way to kill time as the album is three hours and 37 minutes long. All of the songs are played by an orchestra that’s composed by Jermey Soule. The album contains songs that are slow and relaxing, but also songs that are fast and intense. There is  also a lot of variety in it, and it goes well if you’re playing the video game that goes with it. Without a doubt, listening to the soundtrack will kill a lot of time, so if you like Skyrim, orchestra music, or just want to listen to something different, try listening to this soundtrack.