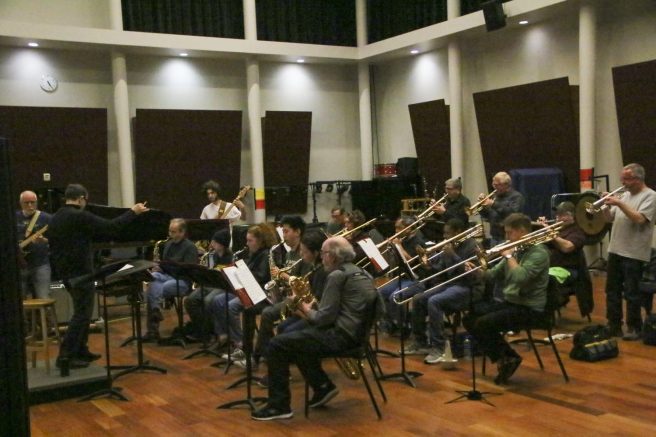 “Hey Jude,” “Can’t Buy Me Love,” “Penny Lane” and “Kansas City,” all notable songs from the leaders of the British invasion, The Beatles, the mega group that steamrolled into the American mainstream in the 1960s. Now, imagine these tunes infused with a soulful twist of the iconic Count Basie, the American jazz composer renowned for big band, swing and bebop.

On March 12, the American River College’s instrumental jazz ensemble will perform a tribute concert to the Beatles and Count Basie in the ARC Theatre, playing some of these very tunes.

In the past, tributes have been performed by the ensemble in honor of legendary musicians such as Ray Charles and also tributes paying homage to the self-proclaimed “creator of cool,” Miles Davis. This year’s Beatles/Basie tribute will follow well in its predecessor’s tradition.

Professor Dyne Eifertsen will direct the ARC studio community jazz ensemble in a night filled with classics. Not only will they take on Basie’s persona while performing songs from the Beatles, but they will also mix in some hits from Tower of Power, Bob Mintzer and other classics expanding through different genres like funk and rock. The only way the performers can take on the personas is to dig into the music.

“A lot of the concerts we do here for jazz bands are thematic. We’ll have a Mingus concert; we’ll have an Oliver Nelson concert, and now Count Basie,” Eifertsen said. “We take on a lot of different people and dig into those artists.”

When Eifertsen says, “dig in,” he means how the ensemble approaches the different sets of music to ensure the compositions reflect and convey the emotions of the original piece. This is also so the music doesn’t lose its ingenuity which makes the process fun for the students, according to Eifertsen.

Michael Fukui, a jazz studies major, and member of the performing ensemble, says he’s excited about the night’s events. He’s confident the music is noticeable and will transcend generations including students and parents

“We’re going to be doing Count Basie renditions of some Beatles songs. It’s actually going to be a little funkier than usual so that’s cool,”  Fukui said. “People are going to recognize the songs. I think they’ll enjoy it.”

The night will be joined by special guest, the El Camino High School band, which will show in real life the tradition of jazz being passed to the next generation of trained musicians.

Find additional information regarding parking and ticket pricing at:  https://arcmusic.ticketleap.com/ije-beatles/

Clifton Bullock is in both his first semester at American River College and his first semester writing for the Current. He is a journalism major and hopes to obtain an associate degree from De Anza College before acquiring his bachelor's degree in political science/journalism from California State University, Sacramento. As a U.S. Navy veteran and a published author, Bullock aspires to join the Pew Research Center in Washington D.C. for the next leg of his career.

AB 19 to provide first year of college for free