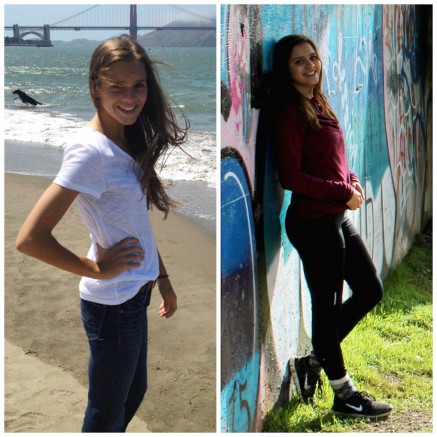 Cannessa Lewis’s parents realized during her childhood that their daughter was a talented athlete, and during high school, she was offered full ride soccer scholarships from schools across the country. This all changed in her junior year of high school when she began to exhibit obsessive compulsive habits that eventually lead to her anorexia.

Lewis was described by her father, Rob Lewis, as one of the best players on the team that he coached for, and became the go-to person when he needed someone to make a critical play. He  said that he noticed that she began to show that she did not play with the same amount of energy that she used to.

Lewis’s mother, Trena Lewis, began to see the relationship between Lewis and her brothers begin to dissolve, and that she would go out of the way to avoid them.

“She couldn’t even walk by them, and brush up against them, she would kind go out of the way so she couldn’t touch them,” Trena said.

Lewis became sick when she was younger and developed a phobia toward illness in general. She would avoid family members who showed the slightest hint that they were contagious, later began to believe by performing certain rituals would prevent from this happening again.

“You have this obsession, and then to get rid of the obsession, you do the compulsion,” Lewis said. “You know everything you’re doing is ridiculous, but you have to do it.”

One of the rituals that Lewis would perform was that she would to write in a certain way. When she believed that she did not do this correctly, she would rewrite a sentence over and over again until she felt that she got it right.

“Pretty much my whole freshman year doing homework and schoolwork was awful,” Lewis said. “I then had anxiety, because I was afraid I wasn’t going to pass, because I couldn’t get my homework done.”

This later manifested into Lewis limiting the types and portion sizes of the food she would eat.

“I kind of just started lessening my portions,” Lewis said. “Instead of eating a whole sandwich, I would have a half of a sandwich, or I would barely put anything on it.”

On top of limiting her food portion and the sports she was involved in, she would run when she came home from school.

Lewis was eventually confronted by her parents to seek help with what she was going through. She expected that treatment would be a faster experience than what it really was.

Initially embarrassed when she was diagnosed with anorexia, Lewis said that she felt as if she had been reduced to her disorder.

Lewis said that the hardest aspect of recovery was her attempt to gain weight, because at the time, it was the last thing she wanted to do.

“It’s kind of overwhelming, but now it’s kind of turned into … I am not those (labels), it’s just a part of my story,” Lewis said.

Now when Lewis exercises, she balances the act by deciding whether she is running because it is something that she wants to do, or whether she is relapsing to when she would exercise excessively.

Lewis created a blog called “Athlete Recovering” to discuss what it is like for her to live her life while dealing with her anorexia. She said that the blog not only serves as a tool to help her overcome her eating disorder, but that it allows her to connect with friends and family and help explain what she is going through.

“For me when I write, it’s a lot easier for me to straighten out my thoughts and convey what I want to say instead of talking about it in person,” Lewis said.

Initially Lewis wrote in her blog anonymously, because she was unsure of how the people did not know that she was dealing with her eating disorder.

Lewis’s blog can be found at www.athleterecovering.com.