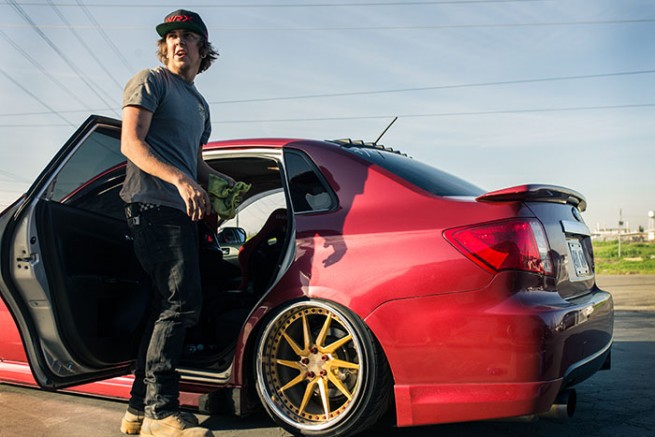 For most people, cars are just another machine that brings them from point A to point B, and on the way there it tries to take every dollar out of their wallet. However, there is so much more behind these so called “machines” that a whole culture and community of millions of fans, called gearheads, has formed around them.

Kori Nelson, who is a longtime participant of the Roseville Car Meets and drives a highly customized Subaru WRX, said he found his love of working on cars from his dad at a very young age.

“First thing that ever got me hooked on cars was when I was little I was growing up with my dad who was a mechanic and was handing me wrenches, telling me to do work on the cars he was working on,” Nelson said.

Nelson got his passion and design style from people he followed on Instagram, and from seeing the other cars at meets.

“Once I started seeing other people doing what they wanted to do with their cars, I just started getting ideas in my head to really start doing my own thing,” Nelson said. “I started blending with others to get my own stuff together for my car, and that’s how mine came along.”

Nelson said he finds the biggest pleasure from sharing his style and inspiring people.

“I really like meeting the people and I like showing my style out there cause I’ve had people message me saying that I’ve been an inspiration,” Nelson said. “It’s cool to feel that people actually like what you do, and like that you doing what you do is something that people would want to see more often.” 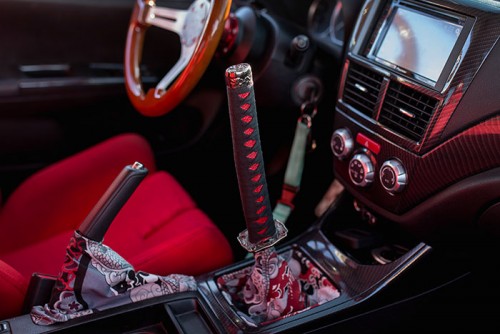 Kori Nelson is a longtime gearhead and participant at the Roseville Car Meets. (Photo by Kyle Elsasser)

Anfernee Lee, founder of the Roseville Car Meets, started off his life in the car community like this.

“I first moved here in 2012 when I was 15 and I didn’t even have my permit yet, but I wanted to see more car meets and I didn’t have any connections back then and I didn’t see any meets going on, so then I thought I might as well start my own,” Lee said.

His first meet was that year and only two people show up. Now, every Thursday night nearly 50 people show up with their cars to show off their work and  trade stories and knowledge learned with their fellow car enthusiasts.

“It keeps me out of trouble and helped me make basically 99 percent of my friends and it helps me connect with people a lot more easily, especially at car meets because we all have the same passion for the same thing,” Lee said.

Sukh Chahal said he began with more of an interest in the big rigs than cars and, over time, realized that the opportunity he was looking for wasn’t going to be in diesel trucks so he made the switch to cars.

“The switch was because there are so many types of builds and how you can build, its your own style, said Chahal. “It’s a lot bigger world to be in.”

Chahal is working toward his dream of becoming his own boss and his love of cars is helping him do that, because he plans to open his own auto body shop.

Chahal said “I always enjoy helping my peers. I enjoy giving that extra hand when it is needed, or even when it’s not, I’m still there.” 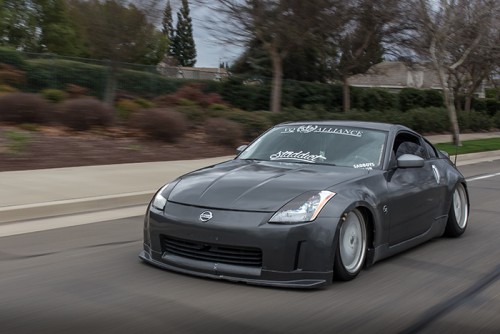 Anfernee Lee drives his Nissan 350z down a street in Roseville, California. Lee started the Roseville car meet that meets every Thursday. (Photo by Kyle Elsasser)

One group lead by Victor Lim, owner of Hard Park, is a major player in it spreading throughout California.

Lim started Hard Park about two years ago, based out of Sacramento with around 20 supporters to start with, but is now collaborating with other car groups in the Bay Area and Southern California.

Lim said his passion for cars began when he was around seven years old, when his mom would buy him Hot Wheels.

“I was apart of this group called Running Free, we could drive up in the mountains at one or two in the morning, and I was 18 at the time,” Lim said. “We go to the Sacramento Raceway, and watch the drag strip like every week with my friends.”

Lim’s goal when starting Hard Park was to get car meets out of dangerous, unregulated and unfriendly venues and making them easier to find, more fun to go to and able to have an impact on the community.

When Lim moved out, all he wanted was a place to put his cars.

“I went shopping for a house with my wife and the only thing on my bucket list was a three car garage,” Lim said. “My life has just pretty much been about cars.”

CAEB looks toward next semester at final meeting

Be the first to comment on "Fast cars and gearheads"