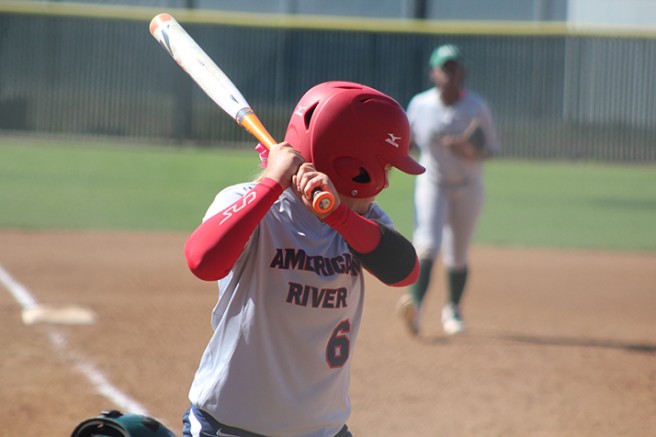 DVC won the first game by the score of 2-0 with Vikings third baseman Bailey Simmons getting three hits and scoring a run, while the other run was scored by shortstop Reyna Sherbourne.

The second game was more even, as neither team held a solid lead through the first three innings.

With the game tied at 1-1, ARC’s Lacey Burr hit a double to bring home Emily Butcoff and give the Beavers a 2-1 lead. 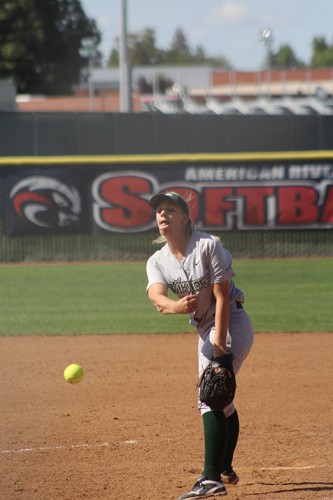 After a scoreless sixth inning, Diablo Valley tied the game in the seventh with a run from second baseman Juliana Deighton before taking the lead with a Cynthia Duenas run.

In the bottom of the inning, center fielder Stephanie Scott scored off a Sierra Cryderman single to tie it up at 6-6 before a wild pitch from DVC allowed Cryderman to steal home and win the game for the Beavers.

Coach Lisa Delgado thought that the team dug a hole for themselves with its defense but that the offense saved it.

“Defensively we struggled, but offensively they made up for it with some really good at-bats today,” Delgado said.

Delgado also said that the the win might give them a shot at making the playoffs.

“With that win it really helps our chances of making the playoffs,” Delgado said. “They (DVC) were number eight and we were 11, so hopefully we can get back into the top 10.”

ARC won’t find out its playoff fate until the northern California business meeting on April 30, but will have to play on the road due to its record being outside the top eight.

Burr said that hitting has been the main concern for the season and that the team’s defense has been consistent.

“Our defense has been pretty strong and consistent this season, but I think as far as hitting, we haven’t done enough at the plate,” Burr said. “I think we had a good season even if we don’t make the playoffs.” 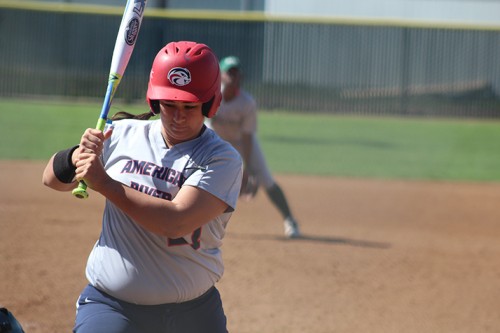 American River College’s Justina Thompson looks at a ball that has gone by during a game against Diablo Valley College on April 26, 2016 at ARC. ARC won 7-6. (Photo by Mack Ervin III)

Delgado put the team’s conference struggles down to the competitiveness of the Big 8 Conference and hopes to have exposed the freshmen on the team to the reality that only hard work will help them win.

“The Big 8 is the toughest conference in the whole state,” Delgado said. “Every day you have to show up to play or you’re going to get beat hard and it’s like that in every sport.”

“I think the freshman understand now, playing in the Big 8, you can never take a day off or an inning off. Every single play matters,” Delgado said.