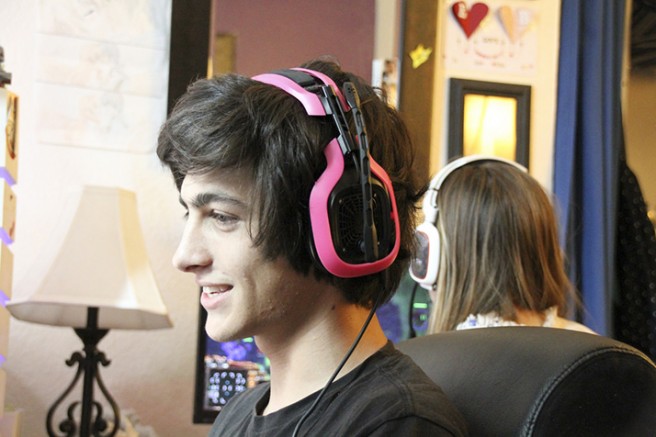 American River College Eric Key smiles during a StarCraft game against the University of Utah during the 2016 TESPA StarCraft Collegiate Series. Key and teammate Becky Harris, representing ARC, won the game three matches to none but was knocked out of the tournament in the next round by the University of Washington. (Photo by Jordan Schauberger)

On the backs of games like League of Legends, StarCraft and Counter Strike, eSports has slowly integrated into the traditional sports scene. Two American River College students were a testament to that when they took part in the Tespa Collegiate StarCraft Series over the past three months.

Eric Key and Becky Harris represented ARC as the only community college team to compete in the playoffs, where they entered ranked third in the west before being ousted in the third round by the University of Washington. Sixty teams competed in the west group and 174 teams competed overall.

The tournament started with a month of group play before the top 128 teams competed in best-out-of-five single elimination matches. ARC had a record of 6-1 in group play and 2-1 during the single-elimination rounds.

Key first played StarCraft when he was six years old, and has experienced a sizable amount of success in recent years. He currently holds a ranking of master, which represents the top two percent of StarCraft players.

Now an up-and-coming competitive player, Key is a part of a another team separate from the Tespa Series that’s looking to go professional and buy a gaming house to play in.

Key, however, expressed trepidation about becoming a part of a gaming house because he wants to focus on getting his college degree.

Harris doesn’t have the experience that Key has, but the pair has been playing together in a non-competitive setting since she joined the game two years ago.

Although Key and Harris fell short of one of the cash prizes handed out to the final four teams, the pair expressed excitement for the attention eSports is getting on a mainstream level.

“People always look down on gamers like, ‘oh my god they’re never going to do anything with their lives,’ so it makes me happy that professionals are actually getting recognized for what they do,” Harris said. “They work just as hard. A baseball player will practice countless hours batting and a gamer has to sit there and play the game over and over and over again and still manage to enjoy it.” 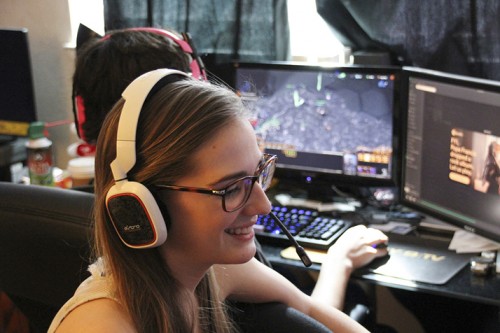 American River College Becky Harris smiles during a StarCraft game against the University of Utah during the 2016 TESPA StarCraft Collegiate Series. Harris and teammate Eric Key, representing ARC, won the game three matches to none but was knocked out of the tournament in the next round by the University of Washington. (Photo by Jordan Schauberger)

Key elaborated on the amount of work that goes into preparing for tournament games and the pressure he faces on whether or not he’s studying the right tactics.

“It’s hard to practice five hours in a row, practicing not playing. Drilling the build orders into your head,” Key said. “ You have to watch all of your replays and take notes. I watch pro replays a lot.”

Key added that, on top of the practice, he has to have the right mindset while playing an actual game because there are situations that he can never actually practice for.

“Even after all of that, it’s still different in the game because the teams are always changing it up,” Key continued. “It’s like playing chess but not seeing the other side until they’re right next to you.”

“We work well together,” Harris said. “I’m kind of like the home front and he controls the army.”

Key added that he “didn’t want anyone else” besides Harris on his team.

“I was pretty much like ‘you’re going to be my teammate’ and that was it,” Key said. “It’s pretty simple and it worked out well.” 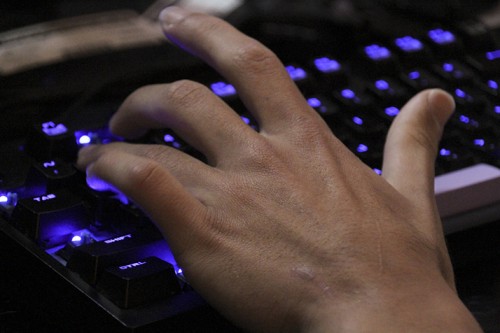 American River College student Eric Key punches in an attack in a StarCraft game against the University of Utah during the 2016 TESPA StarCraft Collegiate Series. ARC won the game three matches to none but was knocked out of the tournament in the next round by the University of Washington. (Photo by Jordan Schauberger)

Key said that it was a different experience to play in front of an audience and that they liked to make more out of those games.

“We play games more to put on a show. We make fun games instead of serious games,” Key said. “I think the fans loved it because they had us on the next week.”

“A lot of people try to get it over with but we make the game last longer,” Harris added. “We play it like it used to be.”

Harris said that all tournament play has a different atmosphere than that of day-to-day play.

“When you play for fun, you don’t really worry about it; you just do what’s fun for you. But when it’s competitive you can’t lose,” Harris said. “If you lose, you beat yourself up about it. It’s terrible.”

Key added that the level of outside time that goes into competitive play is something that he hadn’t experienced before.

“There’s a lot more practice and knowledge involved. A lot goes into tournament prep,” Key said. “My buddies would make me play a certain match against a certain opponent x amount of times.”

Despite the tournament loss, Key expressed interest in playing competitively in the future and possibly entering this tournament again next year.

Campus Pulse: “How do you deal with the anxiety of a new semester?”