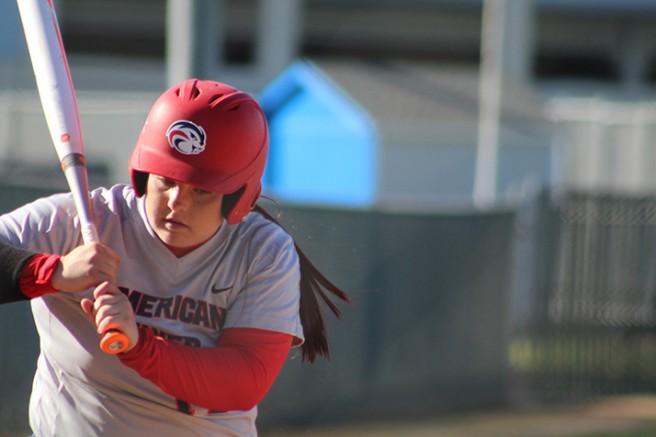 After a strong start to the season, American River College’s softball team has hit a tough stretch of games which leaves them at 16-10 on the season.

The team started 14-4 after a 11-1 win against Yuba on Mar. 8, but then lost four straight games to Merced, Sierra and a double header to Sacramento City.

During that stretch, the Beavers were outscored by 25 runs to 8.

Head Coach Lisa Delgado said early in the season that every game was important to the team and its season.

“Every game matters for the playoffs,” Delgado said. “We’re in the toughest conference in the entire state. Everytime we step on the field no matter who we play, we’re playing to beat the best team in the state.”

Through 7 Big 8 Conference games this season, ARC has a record of 2-5 which puts them in 6th place, having played three more games than current leaders Sac City.

Assistant coach Christine Mueller said that conference play would be tough if the team did not step their game up.

“We need to step it up because conference is coming up,” Muller said. “If we don’t turn it on earlier in the game, we’re going to get eaten up.”

Freshman Haley Dosher said after a win over Napa Valley that aggression is key and that they need to get an upper hand in the games.

Pitcher Sharie Albert said that the team will always pick each other up and move on even when times get tough.

“We always pick each other up all the time no matter who gets down and we just go up to each at bat with full confidence in ourselves,” Albert said.

The team will be looking to rebound in time for the playoffs starting Apr. 2 in a doubleheader against Modesto Junior College.

Beavers get blown away by Folsom Lake