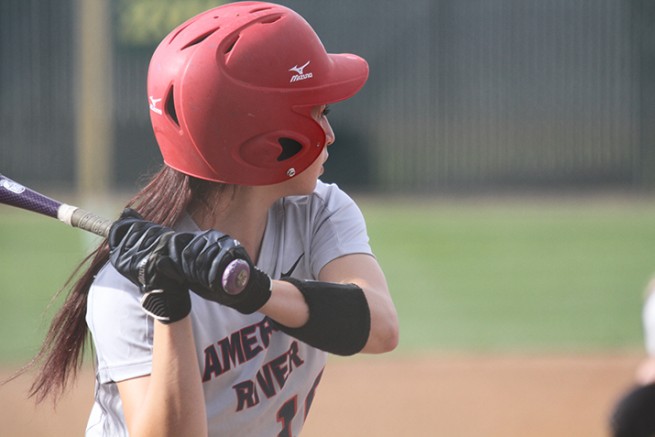 American River college catcher Katie Kapler prepares to swing at a ball during a game against Lassen College at ARC on Thursday Feb. 25, 2016. ARC won 6-3. (Photo by Jordan Schauberger)

A four run 6th inning lifted American River College’s softball team to a win over Lassen College at home on Thursday, and pushed the team to 10 wins on the season.

After a somewhat slow start to the game, ARC got the scoring started when Sara Cater scored in the 3rd inning after a double hit by Sharie Albert gave them the lead 1-0.

Both teams scored in the fourth inning with runs by Lassen’s Leonna Mortimer and ARC’s Samantha Jurkovich, whose triple turned into a run due to an error by Lassen.

Mortimer and Abigail Almond scored for Lassen in the top of the sixth to swing the game in their favor 3-2.

ARC loaded the bases in the middle of the sixth before a Baylie Kessler single brought in a run to tie the game at 3-3.

Stephanie Scott hit a triple to bring in three runners and effectively sealed the win for ARC at 6-3.

Head coach Lisa Delgado was proud of the team’s performance and said that they have been playing well as of late.

“We’ve been playing some really good softball lately,” Delgado said. “I’m really happy with our pitching and we seem to be able to get in a clutch hit.” 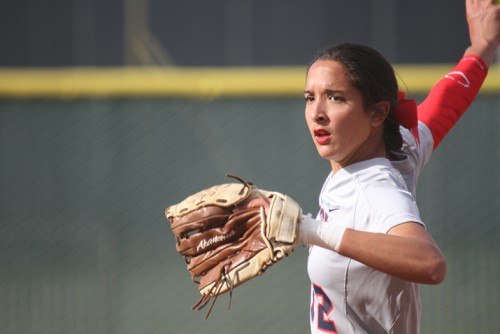 Delgado also said the the team will play every game with the same intensity, as every game is an important one.

“Every game matters for the playoffs.” Delgado said. “We’re in the toughest conference in the entire state. Everytime we step on the field no matter who we play, we’re playing to beat the best team in the state.”

Center fielder Stephanie Scott said that it’s important that the team keep playing the way that they are and stay positive so that they can keep winning.

“We try to stay as positive as possible and try to come out with a win, because it’s always fun to win,” Scott said.

Albert said that it’s important that the team stays on the same page and continues to motivate each other.

“We always pick each other up all the time no matter who gets down and we just go up to each at bat with full confidence in ourselves,” Albert said.

ARC’s next game is a doubleheader at Butte College on Friday.