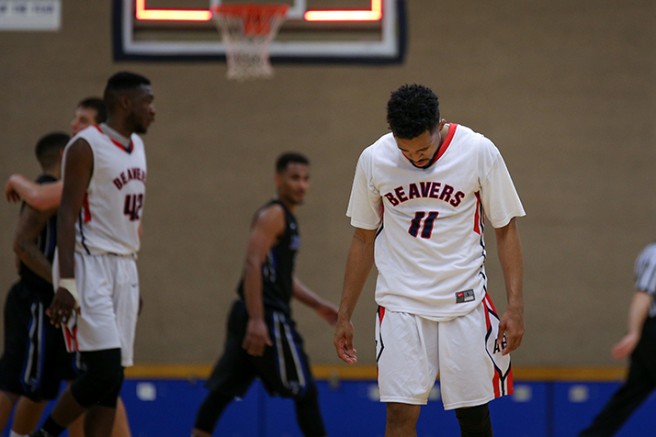 ARC started off strong with a 8-0 lead, before Modesto scored 14 unanswered points on its way to leading 33-27 at halftime.

The start of the second half didn’t go any better for the Beavers, as they committed four personal fouls in the first six minutes of the quarter, allowing Modesto to pull to a 56-37 lead.

Modesto were never in any danger of losing the lead from that point on and cruised home to the win.

Head coach Mark Giorgi said that energy within the team was a factor in the loss.

“Tonight we just didn’t have a lot of energy, even me,” Giorgi said. “I wasn’t going to go crazy about the guys playing hard when playing hard is to be expected.”

Giorgi also said that the wear and tear of the season was taking its toll and that seeing the end is a form of relief.

“The best thing about the season sometimes is just getting it over,” Giorgi said. “It’s a long season.” 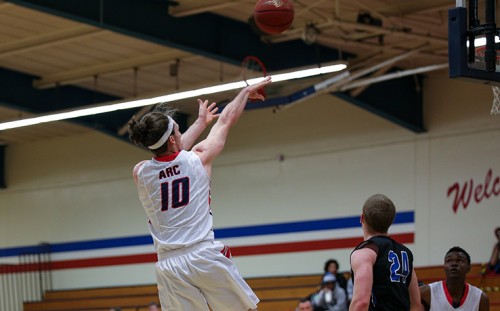 “There’s always something you can do looking back, but it’s over and you just got to keep moving on and try to finish strong,” Lobo said.

Lobo also said that he doesn’t quite know what his future holds after his time at ARC.

“I’m not too sure yet,” Lobo said. “Coach has said my name is in the sphere for recruiting but I have to wait until the end of the NCAA season.”

A moment of silence was held at halftime for Aleksandar Mirkovic, a former ARC basketball player who passed away due to Marfan Syndrome, a connective tissue disorder.

A foundation started by his parents called the Aleksandar Mirkovic Foundation awarded a $500 scholarship for “outstanding leadership and athletic potential” to sophomore guard Derek Denton.

“It’s nice,” Denton said of receiving the scholarship. “I really appreciate it.”

Denton said he also wasn’t sure what is next for him after ARC, saying that he will “take it game by game and we’ll see after the season.”

ARC plays its penultimate game of the season at Sierra College on Tuesday at 5:30 p.m.