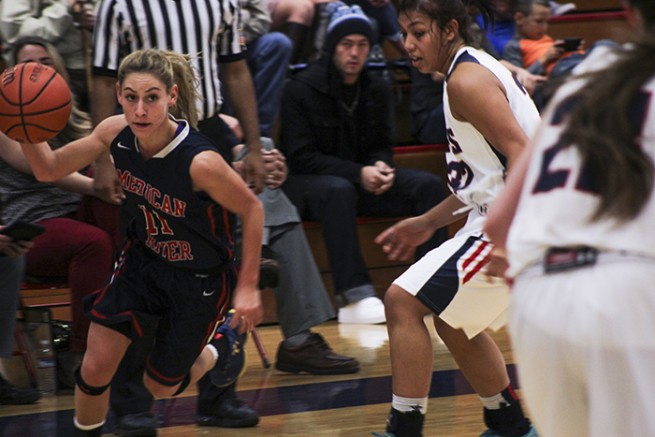 In a game that was highly competitive throughout the first three quarters American River College women’s basketball team fell just shy, 85-77 and was unable to keep up with College of the Siskiyous.

ARC was leading at the end of the first half, but was unable to hold onto it in the third quarter.

“We were ahead of them,” Jennifer Manduca said. “We are always ahead of the other teams, but when it comes to the third, we get behind.”

Freshman guard Halle Hamre said the loss was attributed to a lack of teamwork in the fourth period.

“Mentally, we weren’t there,” Hamre said. “We were taking more individual shots instead of working with the team and making passes.

ARC’s head coach J.R. Matsunami disagreed that the team lost due to lack of teamwork.

“I think what happens is in the second half of the game, we really weren’t running out in front of the ball, and so when kids are having to take the ball to the basket, it’s just because no one is running there,” Matsunami said.

Matsunami said that the loss was mostly attributed to turnovers, and the fact that the team was missing two of its key players, freshman forward Bengu Atik and guard Haleigh Fliers were out due to injury.

“When we don’t have that volume of three point shots going up, it does make it harder for us to control what we are doing offensively,” Matsunami said.

Manduca said that it felt good knowing that ARC was able to play a close game against Siskiyous being that they are currently ranked No.2 in Northern California and No.4 in the state according to the CCCAA.

Matsunami said that the team is planning on playing against Siskiyous again at the tournament.