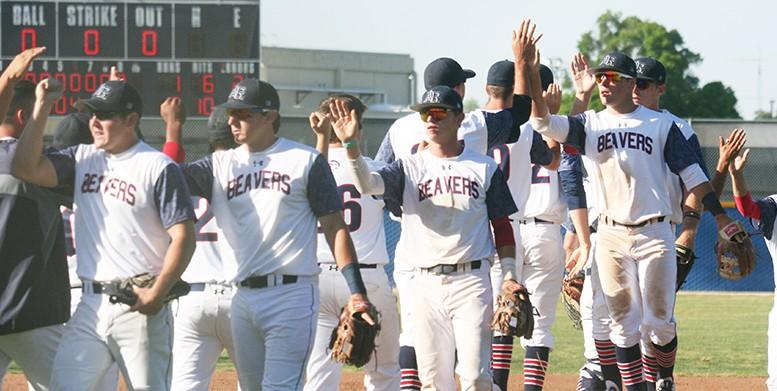 With three games remaining in the regular season, American River College’s baseball team still has a chance to make the playoffs.

It’s a far cry from last season, when the team finished in last place in the Big 8 conference at 11-24 overall and a 4-17 conference record.

Following a loss Friday at Sierra College, the team must win all three games against DVC in order to have a true shot at a playoff spot.

Additionally, Sierra must lose at least one of its games against Santa Rosa Junior College this week.

ARC head coach Doug Jumelet said the team has about a 90 percent chance of obtaining a playoff spot if that scenario unfolds, but said he was about 95 percent positive that ARC would drop out of the race if it loses even one game to DVC.

“Hope so, that’s the plan,” Jumelet said on if the team could sweep DVC. “If we want to make the playoffs, (we’re) going to have to.”

The players know it will be tough to pull off, but believe they have what it takes.

“Well we’ve played them before and they matched up pretty good, but I think this time we’ll bring it because we have a lot on the line,” said starting pitcher Matt Gunter.

Asked of what the team needs to do to win, James Boitano said a complete performance.

“We’re going to need to get on the board early, solid “D” of course, and the crucial hit,” said Boitano.

Pitching coach Preston Vancil said its all up to the players to decide their fate.

“It’s in our own hands. If we take care of business, we’ll be just fine.”

Lineup changes abound around the diamond

Ramirez pitched at least seven innings in wins against Modesto Junior College and Santa Rosa before Friday’s loss at Sierra.

Broadbent, “struggling” of late in Jumelet’s words, has also been in and out of the starting lineup at first base with most of the playing time going to Dalton Devries. Devries had previously been the designated hitter.

Mike Marlar, the team’s closer, also leads the state in saves with a total of eight.

Be the first to comment on "Notebook: Clean sweep needed in season’s final week to claim playoff spot"