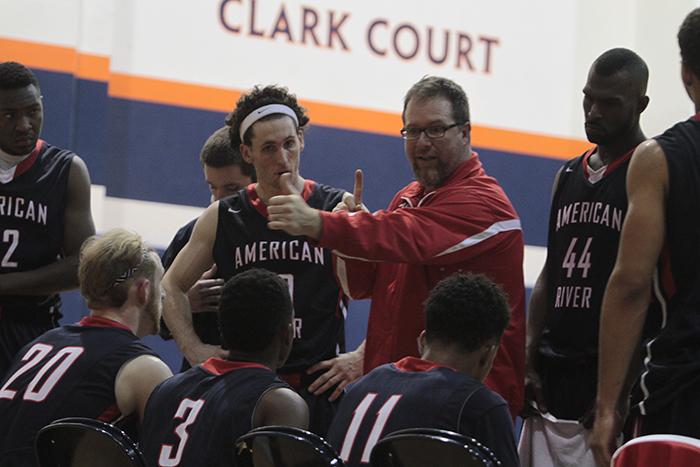 It was the seventh straight win for CRC, which improved to 17-7 overall, while ARC dropped to 13-7.

“We didn’t have enough energy,” said Potts. “We should’ve pressured the big men more and the shooters.”

CRC jumped out early in the first half with a 10 point lead at 17-7. ARC’s shooting was slow to get going for entirety of the first half, and its defense wasn’t much better.

“It’s all about how you mentally prepare”, said ARC head coach Mark Giorgi. “If they were that good mentally, half the guys wouldn’t be here. They’re good players,” he said.

CRC’s center Donald Mims had 5 blocks to add to his 12 rebounds and nine points for the game.

“Last time we played, (Mims) wasn’t a factor,” Giorgi said of his effect on the game. “(He was) ready to go this time, clogging up the middle and forcing bad shots.”

“Once I got going, I realized how hard it was to breathe” Crockett said. “(It was) tough being able to (impose) my will.”

“Their big guys were killing ours early, (Randles) hit a few threes that really killed us,” said Potts on what made them run away with the lead.