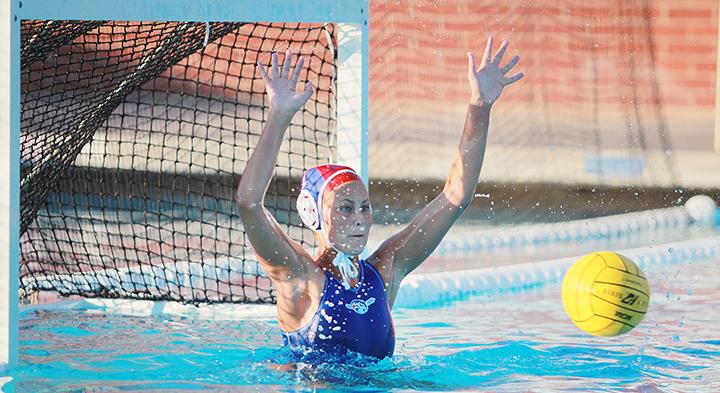 The American River College women’s water polo team played host to the three-time state champion Golden West College from Huntington Beach, on Thursday Sept. 12.  The Beavers were coming off a close 8-7 win in their season opener versus Orange Coast on Sept. 6.  This match was a warm-up before entering the River Rage Tournament held at ARC this weekend.

The Beavers were playing without two key players, sophomore defender Mackenzie Kaplan and freshman utility player Michal Andreatta, who both sat out with injuries.

Golden West came out of the gates strong and never slowed down.  They played a good offense coupled with a tough defense that made it hard for the Beavers to set up their own offense.

The Rustlers would take the lead from the start and never look back, ending the first quarter with a 5-0 lead over the Beavers.

After the Rustlers won the drop of the ball in the second quarter, they would expand upon their lead by making four more goals and still keeping the shut-out against the Beavers intact to end the quarter 9-0.

“I thought we did some things well and other things we need to work on,” head coach Bethani Black said.  “We are still having a hard time recognizing center side and getting the ball there quick enough, so we are expiring our shot clock before we can really execute.”

It wasn’t until the fourth quarter with a little over 10 seconds left that ARC would find the goal on a score by sophomore utlility player Elise Whitall.

In the end American River College lost by a final score of 15-1 to the 2012 state champions.

“I think the team did very well considering our circumstances. We have a lot of girls injured, two of our starters aren’t here in myself and Mac, she’s our captain, and another one of our players is out too,” Andreatta said.  “I think when we are all healthy and ready to go, and we see this team again it should be much better.”

The ladies won’t have much downtime though as they play in the River Rage Tournament which kicks off at ARC Friday Sept. 13.