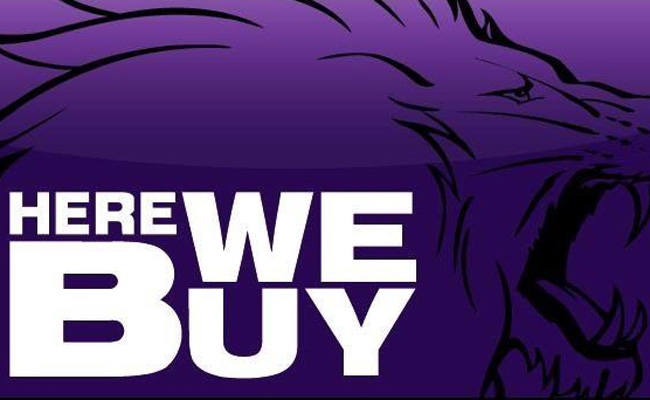 If you were in the parking lot before the game you would have thought it was game 7 of the Western Conference finals.

But the contest on Saturday February 9th featured a 17-win Sacramento Kings team and the 7th seeded Utah Jazz.

With the news about the sale of the Kings, the filing of relocation by the Seattle group, and a bad team on the court, it’s remarkable the turn out of fans that attended the game.

“It’s a Saturday night and there are a lot of things you could do in this town,” said Kevin Fippin, the social media editor at Sactown Royalty a prominent Kings blog. “This team hasn’t been good for a while and the fact they are out here supporting and almost selling out was huge.”

This was more than just another regular season game. It wasn’t about what the final score would be nor how the Kings played to the thousands of fans that showed up early hoping to sellout the arena to participate in “Here we Buy” night.

Here We Buy, along with the Here We Stay campaigns were put together by Sacramento Organizers have been around trying to keep the Kings here and build a new arena even before the news about the team possibly moving to Anaheim, almost two years ago.

Sacramento is a small market compared to Los Angeles and New York, ranked 20th in the NBA, but not in the way they support their team.

Sacramento has sold out every game in 17 of the past 26 seasons even with only 8 winning seasons. “We are trying to send a message to the NBA that Sacramento is a viable market even in the midst of all this adversity and will continue to be one for years to come,” said Fippin. He, along with other organizers and members of the blog also started a donation drive that helped raise almost $10,000 in tickets to send 626 Local kids to the game who otherwise would not have been able to attend.

Out in the parking lot there was a tailgating atmosphere usually saved for college basketball games. Fans all around represented and showed they wanted to fight for the Kings.

“Its our chance to show the NBA that we deserve the kings,” said Manuel Landeros a student at American River College. “We’ve been here for 28 years and we’ll support them for 28 more years, even longer.”

From the beginning of the game till the end the crowd was rocking Sleep Train Arena with a fervor reminiscent of the early 2000’s crowds that would sell out every night. The around 16,000 in attendance fell around 1000 short of a sell out. The crown was no less rousing.

Chants of  “Let Us Match,” “Here We Stay,” and  “Sac-ra-men-to” started from tipoff and stayed loud up until the end of the game. In the fourth quarter the crowd started an arena wide “wave” that lasted almost 10 minuets and even had kings players such as DeMarcus Cousins and Isaiah Thomas joining in.

The game itself had everything the fans could want. Fan favorite Jimmer Fredette drained a three, DeMarcus Cousins was animated, and Marcus Thornton set up Jason Thompson for an alley-oop that sent the crown into frenzy.

The Kings ultimately won 120 – 109, but with the near sellout and awesome atmosphere at the arena, the win seemed like a bonus.

Even though Seattle may still be in the lead with their investors already announced, Sacramento fans helped closed the gap and provided a blueprint plan on how to keep your team.

Here We Buy night 2 is scheduled for March 24, against the Philadelphia 76ers.

Be the first to comment on "Here We Buy Night: more than just a game"