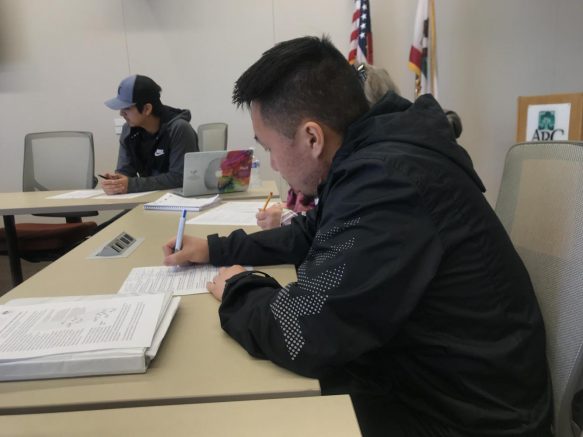 Student Senate passed the Lobby Day bill, presented as Bill S19-XX, which grants the board up to $500 for Lobby Day expenses. ASB will lobby at the California State Capitol in hopes for the approval of a second year of the Promise Grant funding for second-year community college students. The Promise Grant, formerly known as the BOG Fee Waiver, waives enrollment fees for community college students who qualify.

“I think approving the bill for us to be able to attend and cover our expenses was important so that we can show our faces and say we represent ARC and our students need this,” Senate President Rebeca Rico-Chavez said.

The board also discussed bill S19-XX, which would give $1,000 for needed office supplies to not only the senate, but also CAEB.

“It seems very small, but behind closed doors it’s very important. We’ve been struggling with promoting ASB because we don’t have those materials,” Rico-Chavez said. “A colored printer especially would make our job so much easier and we can definitely get a lot more done, especially when it comes to Club Day.”

The board met Thursdays from 10:30 a.m. to 12 p.m. a few semesters ago, according to Rico-Chavez. The meeting day was then moved to Fridays in hopes that more ARC students would be able to attend.

Rico-Chavez said she discussed this topic with the adviser, Brett Sawyer, and they chose to leave the decision for another board to decide.

The next ASB meeting will be held Friday, March 1.