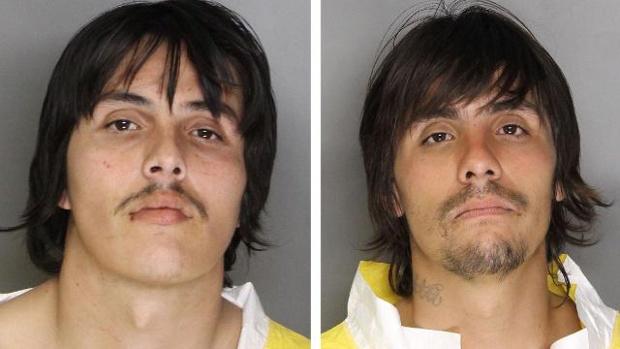 Two brothers, one a former American River College student, were arraigned on charges of attempted murder and probation violation Wednesday, according to the Sacramento Police Department.

Cody and Kevin Martinez got into an argument with their mother and stepfather and stabbed each of them multiple times before fleeing the scene by car.

According to Sgt. Bryce Heinlein, an altercation involving the brothers, their mother, Tammy Christian, and their stepfather, Richard Turner, escalated when the brothers got into a fight with Turner before Christian attempted to intervene to break up the scuffle.

The stabbing occurred outside the Los Robles Apartments near the corner of Marysville and Los Robles boulevards in Del Paso Heights on the night of Feb. 28.

The incident left Turner with multiple stab wounds in his back and Christian with a gash on her throat.

A handwritten sign posted on the window of the couple’s apartment warned that the brothers were not welcome inside.

The brothers’ apparent reason for the visit was to take Christian to a hospital for an undisclosed ailment, according to reports.

Several neighbors said that family argues frequently, but this was the first time confrontations took a violent turn.

Both brothers, who are 26-year-old twins, were arrested at Hagginwood Park at around 8 a.m. on Feb. 29 before being taken to Sacramento County Main Jail, according to Heinlein.

Both brothers were arraigned on the charges Wednesday (March 2) and are currently being held without bail at the jail.

The brothers will reappear in court on Wednesday.

Both Christian and Turner are listed in serious but stable condition at a local hospital, according to Heinlein.

Cody attended ARC sporadically starting in the summer of 2006 and most recently attended during spring 2014, according to ARC public information officer Scott Crow.

According to Cody’s Facebook page, he was studying photography, though Crow said that  had no official major listed.

Crow said no records of Kevin could be traced as a student at ARC.

The Current attempted to reach out to the manager of the apartment complex but the person was not available for comment.

Rough start to season has ARC Baseball last in Big 8

Be the first to comment on "Twin brothers, one a former ARC student, arraigned on murder charges"