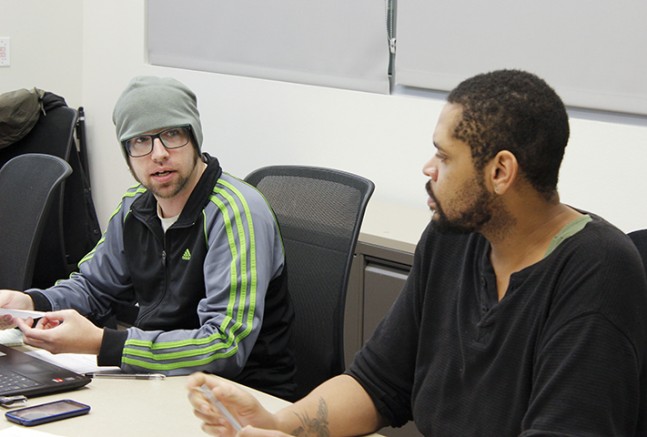 American River College Student Senate’s first meeting since Dec. 3 ended early Thursday after an argument between board members over possible rule violations led to one member walking out.

Director of Communications Tamara Dunning stormed out of the meeting after several board members refuted her claim that the board was violating the Brown Act, an act of the California State Legislature that guarantees the public’s right to attend and participate in meetings of local legislative bodies, by discussing potential action items without properly informing the public about the meeting.

“I will never knowingly be a part of Brown Act violations,” Dunning said. “The legislature clearly states that we cannot talk about possible action if we do not notify the public correctly and (Student Senate President David Hylton) didn’t.”

Vice President Valencia Scott, who Dunning had initially addressed her complaints to, defended herself and said that she hadn’t intended for any possible future action to be brought up.

“To specify, we’re not talking about specific action that we’re going to be taking next meeting,” Scott said. “These are just general suggestions that we’d thought of while reading. … It’s discussion — it has nothing to do with action we’d be taking.”

The arguing continued as Dunning prepared to leave, only ending when President David Hylton yelled at Dunning to “please leave.”

With Dunning leaving the meeting, the board no longer had enough members to meet quorum and the meeting was forced to adjourn.

Clubs and Events Board President Justin Nicholson pointed out that the inability of certain board members to work together is the main cause of the board’s lack of productivity.

“This is the critical fault of student government in general. We’ve crippled ourselves,” Nicholson said. “We’re done. We can’t do anything else.”

Director of Finance Jeremy Diefenbacher agreed with Nicholson and added that the “unprofessional” actions of board members is another deterring factor.

“If we’re going to be a board and work together, we should not be packing up our things and running off every time we get irritated,” Diefenbacher said.

Hylton, however, disagreed and said that the issue was with not enough board members showing up to continue the meeting.

“The problem is people don’t damn show up for the meeting,” Hylton said. “If we had one other person show up we’d still have quorum.”

After the meeting, Nicholson agreed with other board members that Dunning acted “unprofessionally,” but said that there is validity to the issue she was bringing up.

“Though Tami was rather exuberant and unprofessional, her issues are valid and we must meet her halfway and recognize that,” Nicholson said. “We, as an organization, are held to a high level of conduct and if we were going to break Brown Act and violate it in some way we need to deal with that.”

Not all reaction to the meeting ending early was negative, as Hylton exclaimed that “at least now there is time to get a drink.”

Holocaust survivor pays tribute to the family that saved him