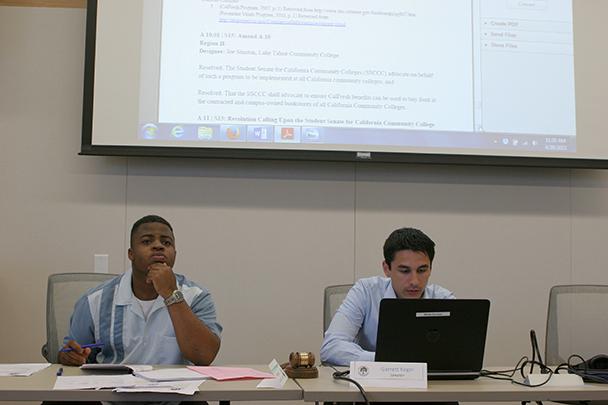 The Associated Student Body Joint Budget Committee was unable to meet Thursday due to not having enough members to fulfill the requirement for a quorum.

Clubs and Events Board President Diefenbacher said that he was not aware that there was a meeting, while Senate Director of Public Relations Cameron Weaver said that he had to deal with a personal issue.

The scheduled JBC meeting was followed by meetings of the Associated Student Body Student Senate and Clubs and Events Board.

Senate voted against giving members who are graduating medals for serving on the board at the recent meeting.

“The Senate members are already getting recognition at the banquet,” Senator David Hylton said. “This is like a double pat on the back on something that we swore an oath to do.”

Senate also continued to vote on items that will be presented at General Assembly.

Tamara Dunning, who is acting as ASB Student Senate president, was on her way to General Assembly.

CAEB Student Director of Activities LeslieAnne Dameron, who is the elected delegate to vote upon the behalf of Senate, will vote on her discretion on items that were not put up to a vote at the board meetings.

The board voted to support the item to advocate for accelerated reading and writing for English as a second language students.

The last set of items that the board voted on were the sunset resolutions, which are items that are in effect for a designated time period.

The board voted against to the recognition of Compton Education Center as a member of Senate. CEC was once known as Compton College, but it lost its accreditation in 2006.

The bill funding the end-of-the-year banquet for CAEB was officially passed during its meeting that followed after Senate.

Review: ‘Skeleton Stories’ celebrates Day of the Dead by offering audience members a journey through the underworld

Be the first to comment on "The ASB Joint Budget Committee unable to meet, lacked quorum"