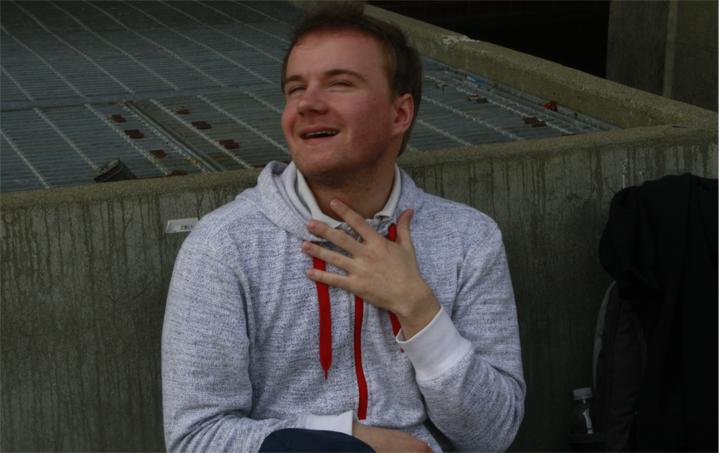 UPDATE 3/05/14 6:48 p.m.: A suspect has been arrested and charged with battery. The suspect was in possession of brass knuckles.

An American River College student was slapped by a man collecting signatures for a petition just after 1 p.m. on Tuesday.

Theater major Peter Messick was speaking with a fellow theater major near the Fine Arts division office when he was approached by the individual.

“I was talking with my friend Andy about theater things, and one of the petitioners was under the impression that I was talking, and I quote,  ‘s— about him,’ then he proceeded to go on and wanted to know if I wanted to ‘fade.’” Messick said.

According to Messick, the suspect left the area immediately after the confrontation. Messick stated that he was unsure of what to do, explaining “(I) talked with a couple friends, and they said ‘No, you need to report this,’ and then I went to report it and now (Campus Police) are looking for him.”

Messick described the suspect as “A white male, 5’10”, had a buzz cut, a very light buzz cut, a little facial hair. He was wearing a tan vest that said ‘sign here’ on the back, and then he was wearing a gray sweatshirt and light blue jeans and a white t-shirt.”

“I’m shaken up. It’s something that you don’t exactly brace yourself for. I don’t know, maybe it’s just because he felt threatened, I don’t know, but I don’t know how theater is threatening to a petitioner,” Messick said.

Campus Police were unable to locate the suspect after an initial search.

Anyone with information regarding the incident can contact Campus Police at (916)-484-8019.