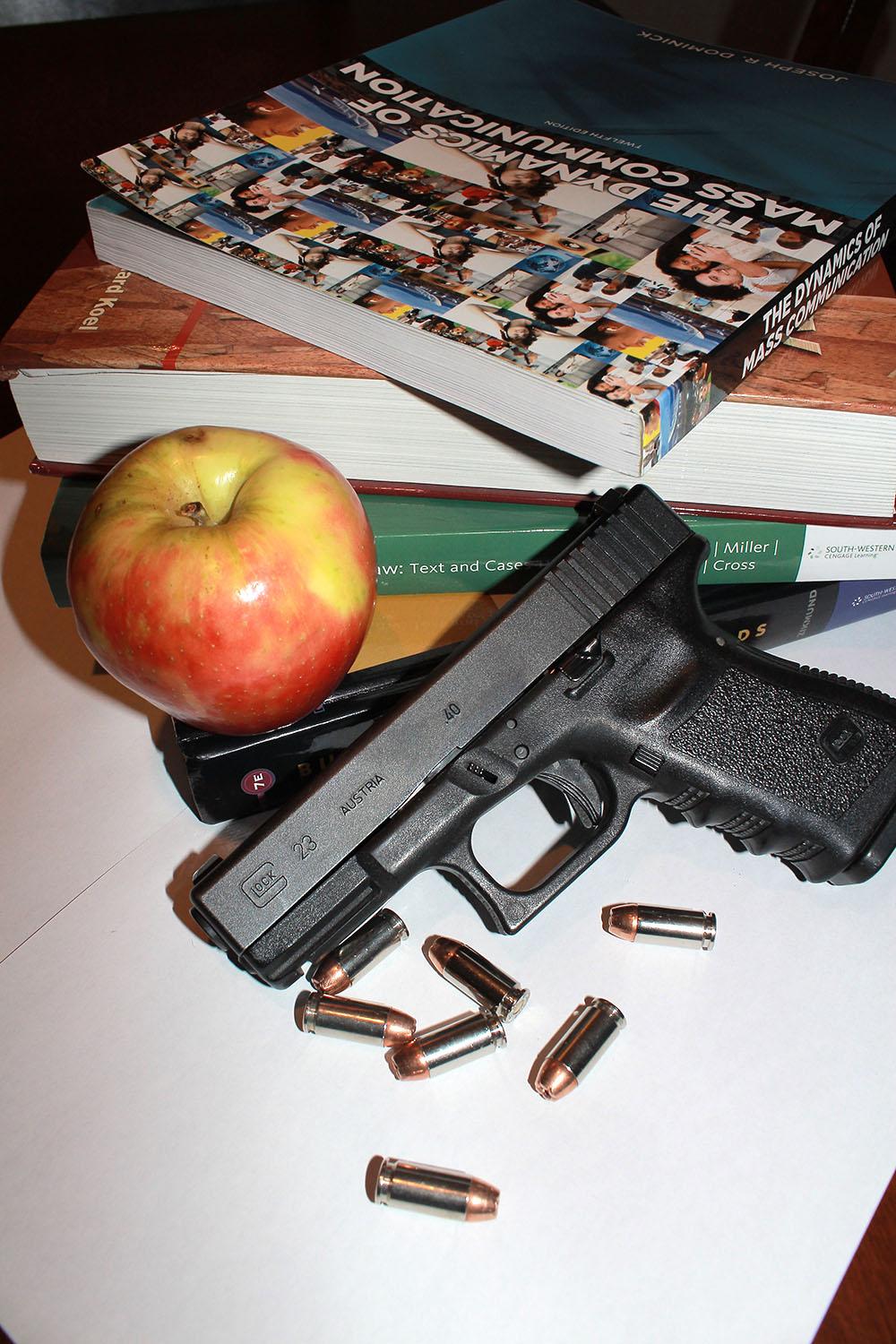 The shootings at Sacramento City College and Umpqua Community College should cause Americans to examine the relevance of the second amendment in the 21st century. (file photo)

By Melissa Hurtado and Walter Jones

American River College is taking steps to ensure campus safety because school shootings are gaining more prominence in the media.

The Sandy Hook, Columbine and Virginia Tech shootings are well-known school shootings, but shootings happen on community college campuses, too.

A Santa Monica College student went on a shooting rampage June 7 that ended in the school’s library. He had opened fire, killing three people on campus.

“These things are becoming more and more apparent,” said Winchester. “All I can do is prepare for the worst and make sure my students and faculty are prepared.”

While there have not been a shooting on the ARC campus, there was a bomb threat in February 2011, which resulted in the evacuation of Davies Hall. The threats proved to be false.

“Most of my classes start with ‘Hey, if there is a school shooting this is what we’re going to do,’” said James Woodard, a psychology major. “I think it is definitely something that should be done in the first day.”

“What people fail to realize is that you spend just as much time in a classroom that you would at work or you would at home or equally divided,” said Winchester. While ARC doesn’t have many gun violations, it is important for students and teachers to make sure they are doing things to keep as safe here as they would in their home or work environments.

“I think we all have a responsibility to inform ourselves as much as we can of what resources there are,” ARC Interim President Bill Karns said.

The emergency management team offers Action Coordinators for Emergency Survival (A.C.E.S) classes, open to the faculty and students, in which participants learn how to properly evacuate buildings in both emergency situations and natural disasters.

Winchester says that they have held about 30 of these classes this calendar year throughout the district, which garner about 20-30 people each.

The Los Rios ALERT, a mass messaging system that delivers emergency information via email, text message or automated calls, is another way that students can be informed of emergencies. Students automatically subscribe in the system when they enroll in the Los Rios system. ALERT was used to inform the students of the 2011 bomb threat.

“The most important thing you can do as students to help us with this is to keep your email and telephone numbers up to date so the Los Rios ALERT will work,” Karns said.

If a student sees a person with a gun on campus, Winchester said students “need to contact the police immediately, whether it be 911 or the Los Rios Department Communications Center.”

Meara Little, an interior design major, said that not all teachers go over safety procedures. However, she felt more prepared after her design teacher described what would should happen in case of an emergency on campus, or in case the teacher became incapacitated.

“They should definitely give us some basic guidelines for emergency situations,” said Little.

Be the first to comment on "How prepared is American River College for a mass shooting?"